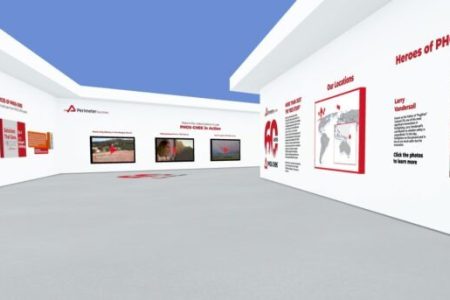 Perimeter Solutions , a global manufacturer of high-quality firefighting products and lubricant additives, is proud to announce that PHOS-CHEK long-term fire retardant is celebrating its 60th anniversary. The iconic brand manufactured by Perimeter Solutions was first approved for use in aerial wildfire attack by the United States Forest Service in 1963, and it quickly became the go-to fire retardant for wildland firefighters around the world. Over the past six decades, PHOS-CHEK has helped firefighters to protect property and save countless lives.

When it was introduced, PHOS-CHEK dramatically improved wildland firefighting. PHOS-CHEK was the first commercialized gum-thickened fire retardant that came with a range of viscosities. Before that, the only options available to fire managers were retardants with no-viscosity (un-thickened) or high-viscosity retardants. This innovation allowed federal agencies to optimise retardant characteristics based on delivery system, topographical situation, fuel type, and specific fire characteristics.

Since 1963, the PHOS-CHEK brand has expanded beyond fire retardant to include industry-standard firefighting foams and foam dispensing systems, equipment to deploy PHOS-CHEK chemistry in remote wooded locations, as well as ground-based fire retardants that provide extended periods of protection from wildfire in at-risk areas and around people’s homes. PHOS-CHEK technology is backed by a global team of people who support firefighting operations with bases, logistics, consulting, applications and technology development and more.

Today, PHOS-CHEK is synonymous with the development of the modern firefighting industry. It has continued to evolve alongside wildland firefighting to help firefighters meet the challenges of longer, more intense wildfire seasons.

To celebrate this important milestone, Perimeter Solutions is launching the PHOS-CHEK 60th Anniversary Virtual Museum. An interactive gallery, visitors to the Museum can:

·         Read about industry pioneers, like Larry Vandersall, who are responsible for the development and evolution of PHOS-CHEK technology

·         See the impact wildfires have on human health and the world around us, and more

New features will be added to the PHOS-CHEK 60th Anniversary Museum every month to provide fresh content for visitors throughout all of 2023.

“The story of PHOS-CHEK is more than a story about products and a company. It’s a story about vision, innovation, about courage, and commitment. It’s a story about the history of firefighting successes in the USA and beyond. We hope people will share this Museum with  family, friends and business associates to let them know how committed we all are to providing solutions that save lives.” said Edward Goldberg, CEO of Perimeter Solutions. “We are thrilled to introduce the PHOS-CHEK 60th Anniversary Museum.”