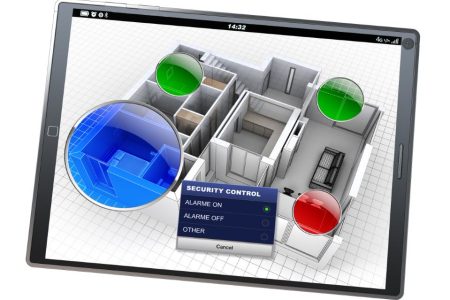 A combination of cloud computing, sensors and an IoT gateway provides valuable intelligence for firefighters before they get to an emergency

Fire detection systems are widely used in various safety and security applications. Most fires start due to an electric short circuit. It leads to damage to property and also loss of life. To avoid that or to minimise the damage caused by fire outbreaks due to electric short circuits, an IoT technology can be used to control such kinds of risk.

Traditional fire detection systems are not that effective and quick to alert the owner about fire, in case no one is present at the location. To overcome this problem IoT based fire detection systems are becoming increasingly popular. A system that combines qualities for fire, temperature and smoke detection, sending alert text messages about the fire to the user along with an onsite alarm (buzzer), updating temperature, humidity and smoke.

For years, first responders relied on paper maps to reach a fire in an apartment building or office. Incomplete information would delay firefighters from arriving at an emergency, and false alarms would set them on the wrong path altogether. Dispatchers in 911 centres would receive erroneous information on a problem with a smoke detector rather than a sprinkler switch.

“It would get to the point where you don’t even trust the data,” said Dick Bauer, Fire Chief for the Killingworth Volunteer Fire Company in Killingworth, Connecticut. Now cloud computing, mobile apps, edge computing and IoT gateways will enable fire safety personnel to gain visibility into how to reach an emergency.

Remote monitoring and diagnostic capabilities of an IoT system help firefighters know where to position personnel and trucks in advance, according to Bauer. An IoT system tells fire personnel the locations of a smoke detector going off, a heat detector sending signals or a water flow switch being activated.

“You can see a map of the building with the actual location identified where the fire really is, and you can actually watch it spread if you have enough sensors,” said Bill Curtis, Analyst in Residence, IoT, at Moor Insights & Strategy.

IoT will make systems in commercial buildings work together like Amazon’s Alexa controls lights, thermostats and audio/video (AV) equipment in a home, Curtis said. An IoT system could shut down an HVAC system or put elevators in fire mode if smoke is blowing around a building, he suggested. A mobile app populated with sensor data can provide visibility into emergency systems and how to control specific locations in a building. It provides a holistic view of sensors, controls and fire panels.