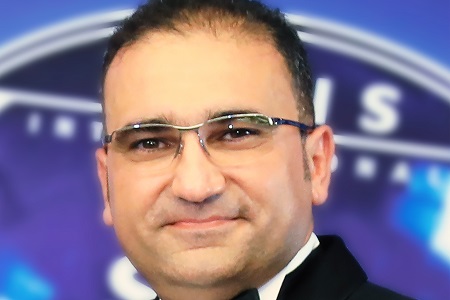 In 2006, based in Dubai Silicon Oasis at the heart of the Middle East, ATEIS Middle East FZCO was established to expand the ATEIS success story outside Europe and reach the Middle East & India Markets. This expansion helped secure and delivered an enviable portfolio of more than 2000 mega installations in the region.

To deliver the vision to become the number one in the life-safety industry, ATEIS Middle East established the first UAE production facility for Fire Detection and Alarm Systems under the VELOX brand name. In addition, the in-house R&D team are continually innovating fire detection solutions that integrate with the ATEIS Pro-audio PAVA offerings and have filed patents relating to micro-power technology, reinforcing VELOX as a leading brand in the fire industry. Security Buyer Editor Rebecca Spayne catches up exclusively with Hussam Al-Haddad, CEO, ATEIS Middle East FZCO, to discover more about their detection, evacuation, and alarm technology innovation.

You recently celebrated 40 years of innovation last year. How do you continue to innovate in a constantly evolving market?

We have adopted a notion called The Possible Team. Our team is determined to achieve the impossible in terms of innovation in the market. We are fortunate to have built a very collaborative and team-oriented workforce who believe in the growth and technology that the company has innovated, perfected and distributed to the market.

When we branched out in the Middle East in 2006, we created a roadmap of innovating acoustic solutions and voice evacuation systems. We were the first company to introduce an integrated public address, voice evacuation system and professional audio. So, we combined the voice evacuation and the public address available in the industry for quite some time with high fidelity pro-audio solutions. ATEIS Middle East innovated having a pro audio capability to the system. The new concept allowed ATEIS products to deliver high fidelity audio capability for the first time across a massive install base such as in shopping malls. We have been pioneering this since 2006. The huge references of this concept across the region are a testament to The Possible Team’s capabilities.

We continued this route until 2011 when we decided to change our course, start manufacturing fire detection, and alarm systems, and build the first factory of its kind in Dubai. Why fire alarm systems? As you know, voice evacuation systems go hand in hand with fire alarms systems, so we thought it was the right time to bring it into the region.

We will continue to build on this and move forward with our voice evacuation integration system. In 2012 we launched our first Pro-audio PAVA fire alarm control panel. The Fire Detection Panel can propagate 48 audio channels across 8,192 zones in a manner never seen in our industry. It is a massive system that can cater to retail and hospitality environments and the size of a compound of many buildings. It was an enormous leap in technology. This kind of innovation cannot happen without The Possible Team.

To read the full interview see our December-January issue available in the new year.