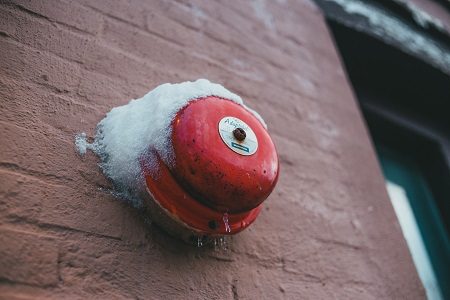 The importance of fire alarms is well understood these days, but not every building has the same requirements. That means there are several different fire alarm types that the premises could be fitted with, and while they all have the same aim – alerting people to a fire early enough to help save lives – they all work a little differently.

TVF provide new installations and maintenance of fire alarm systems across the UK. TVF (UK) Limited guides through four of the main alarm types, providing information on how they work, what the benefits are, and any other important information:

The traditional, conventional fire alarm is a system that uses zones to signify where a fire has broken out. Call points are used alongside detectors and when a fire is detected, the fire alarm control panel will light up to indicate the zone where the fire is.

This allows the general location of the fire to be established, a useful feature for both the emergency services as well as for those responsible persons to initiate evacuation via the most appropriate route.

A conventional fire alarm will be wired to at least two sounder circuits, utilising any range of audible indicators. Because each call point has to be wired directly to the fire alarm panel, this type of system is better suited for buildings with a more basic layout or smaller premises, reducing the number of points that need to be individually wired in.

The addressable fire alarm gets its name from the fact that each call point can be assigned an address on the control panel to help pinpoint the exact location of a fire. This can save time and save lives when it comes to the outbreak of a fire in a larger building, allowing for safe evacuation as well as vital information for local fire and rescue services.

The system operates similarly to the conventional fire alarm aside from the ability to show exactly which call point has been triggered. Because the call points and other devices can be wired into the loop, there is also the potential to trigger sounders and sprinklers if required.

An analog addressable fire alarm system is sometimes called an intelligent fire alarm system since it does more than simply detect the presence of a fire. The different call points and detectors can be set up and assigned for precision when it comes to location, but they also use their computer to send information about the general environment (fire, smoke, heat, faults, etc.).

An analog system like this means that faults can be dealt with immediately and false alarms can thereby be reduced, while still alerting with pinpoint accuracy when a fire does break out. It should be noted that some of these systems vary greatly, and will therefore differ in what the control panel can tell you about the input devices connected.