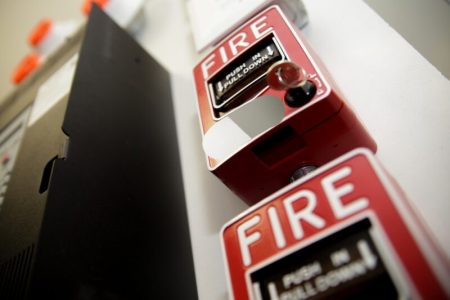 As I mention in our deeper dive into alarm systems in this issue of Fire Buyer, fire alarms are at the forefront of every fire rescue effort, beginning with them. The first line of defence in the event of any fire is alerting residents and visitors of a building to a fire the moment it breaks out, so that evacuation can be conducted swiftly and effectively. Alarm systems enable this procedure; it is imperative that their function is both faultless and equally as swift. As soon as a fire begins, it must be detected. While it is true that a vast majority of alarms in the UK end up being false alarms, it is better to err on the side of extreme caution than be complacent. Indeed, we have seen poor detection systems in recent years be largely at fault for one of the largest domestic tragedies in the country’s history.

It is no understatement to say that the Grenfell Tower tragedy and many subsequent fire safety failings of its ilk have changed the fire safety landscape forever. What before was an incredibly lax and ambivalent attitude towards fire safety in public housing by regulators, inspectors and officials culminated in a disaster that claimed the lives of so many people and left many more homeless. Even now, the repercussions and discord that swarms around the matter remains unresolved: as of today, no significant arrests have been made as a result of the abject neglect the residents of Grenfell Tower experienced at the hands of construction companies and fire safety inspectors alike. Work is ongoing though, to ensure that those responsible are brought to justice. In the meantime, other work has continued behind the scenes to ensure disasters of this magnitude can never happen again. As we all know, a large malefactor into the downfall of Grenfell was wall cladding that was ill-suited – no, unacceptable – to be used in any building, let alone a place of residence; it’s known now that it was because of this cladding that the fire was able to spread to readily and so voraciously. By the time that fire and smoke detectors had sounded throughout the building, the fire was already well out of control.

It was these lessons, as well as drive to protect people from the shortcomings of manufacturers and inspectors, that led many companies to go away and create a better alarm system that ensures instant detection that can alert everyone – even in a building as large as Grenfell – at the exact moment that the detector makes contact. This can only be achieved by ushering in the next stage of detection: smart, interconnected technologies. Today will shine the spotlight on the new era of smart detection and all the perks and quirks it has over its “dumber” predecessors.

Laying the foundations for smart technology

But first, it’s important to understand what exactly “dumb” (in this context, referring to more archaic and rudimentary detection systems; the kind you find in most dwellings and buildings) detection systems do exactly, and why smart systems are necessity, not a luxury. Dumb detection hinges completely on smoke or heat gathering near the device – fitted in lofty positions in the building, where smoke and fire is most likely to congregate. As soon as a certain threshold is exceeded in the air around the device, the alarm sounds, alerting everyone to the fire (that oftentimes, they already know about). A lot of more modern versions of these devices are wirelessly linked so that if one alarm goes off, they all go off. It was this wireless technology that formed the hotbed for the development of smart detection tech.