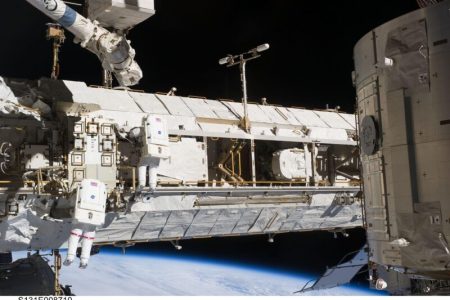 Fires can be deadly anywhere, but nowhere conjures more fear than fires in the void of space and the depths of the ocean. How do crew members prevent a guaranteed death sentence?

For the human race, all of our technology, culture and infrastructure are governed entirely by the laws of the universe. What I mean is that, the unbreakable maxims of physics that the entire foundation of existence is built upon have meant that we have produced technologies to cater to these rules. For example, aviation in all its various forms of locomotion exploits gravity and centrifugal forces to achieve flight. Cars utilise the basic rules of chemical combustion to propose propulsion. Likewise, fire suppression in our industry seeks to eliminate one or more of the necessary parameters required for fire to thrive. Most commonly, fire suppression technology removes the oxygen in the area where fire exists, smothering it. This is the most effective tactic available… on the surface of our planet, with an atmosphere, where physics behave in a way that we are familiar with. But the cost of progress brings new challenges.

50 years ago, the human race extended their empire to the cosmos, sending equipment and eventually people into space. An incomprehensible feat, considering that the gulf of space is so alien and inhospitable to life that it threatens to challenge us in ways that nowhere on Earth can replicate, save for the deepest vestiges of our oceans. In space, the laws of the world do not apply. For astronauts, missions can last for months at a time and are conducted in almost complete isolation. While a fire forming on the exterior of the space module or spacecraft is physically impossible, fires that form on the interior are a death sentence if not dealt with immediately. Materials used to insulate the walls from the cold void of space do their best to resist flame, but even the smallest amount of erosion can expose astronauts to the outside, causing sudden – and sometimes explosive – decompression. For this reason, only the most accurate detection systems are deployed on space modules and spacecraft to prevent a fire before it can even take place, by finding the trace evidence of smoke in the air, much like any other smoke detector. However, as we mentioned before, the rules of the world do not apply in space, and scientific study has discovered that smoke particles in zero gravity behave much differently to smoke particles in the atmosphere and are a completely different size entirely. Therefore, bespoke monitoring solutions must be developed to accommodate for this: mankind’s time in space so far has been very limited and leads to restrictive study on how smoke and fire behaves in space, making development difficult.

As briefly touched upon before, space is not the only inhospitable environment mankind has explored in small, isolated vessels. As we have travelled far above the skies, so too have we ventured far below the surface of the ocean, where the world we encounter is just as alien, if not more, than space. It is a widely known fact that we have charted more of our moon than we have the bottom of the ocean, making it a place just as mysterious but just as fatal to mankind. If exposed to space, your blood will boil in your veins from the sudden change in pressure; likewise, if you were exposed to the deep ocean, the crushing pressures exerted on your body would cause you to implode. Venturing into the deep sea requires the same level of protection afforded to astronauts and submarines, in many ways, share many similarities with spacecraft. Both are built to withstand the extraordinary environments they explore, with even the smallest breach in its exterior proving to be certain death for its occupants. As submarines predate spacecraft by roughly 40 years, it’s no surprise, then, that fire safety practices developed for the former translate remarkably well to the latter.