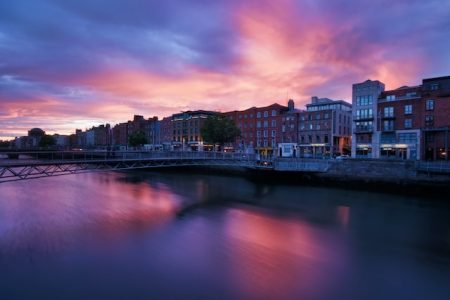 The Irish government has approved a repair scheme costing up to €2.5bn (£2.2bn) to fix fire safety and other defects in 100,000 apartments and duplexes built during Ireland’s Celtic Tiger boom era.

Lax construction oversight during the economic boom of the mid-1990s to late-2000s led to homeowners being handed huge repair bills in recent years, as inspections revealed inadequate fire-stopping and other defects in their homes.

The Irish cabinet finally approved the scheme at a meeting this morning, and the Minister for Housing Darragh O’Brien told reporters: “Today, I believe, is a really important step forward for the homeowners who for 10/15 years have been living with despair, distress and no hope of bringing their homes back to safe and secure environments for them and their families to live in.”

He added that remediation work already underway, or completed, will be included for redress.

The long-awaited scheme will come as a relief to Celtic Tiger-era home buyers, thousands of whom had faced repair bills that were simply unpayable, and an inability to sell their homes.

Retiree Debbie Horan remembers the moment she was hit with an €18,000 (£15,700) repair bill for fire defects that came to light after a blaze in a neighbouring property.

“We were all absolutely horrified”, she says, “just horrified.” In 2001, Debbie had purchased a two-bed property at the Linden apartment development in Blackrock, Co Dublin, which was built in the late 1990s.

“It was for something that was not our fault”, says Debbie. “Something we didn’t know about when we bought the apartments.

“And it put a lot of people under a lot of financial strain. We objected to it, we went to meetings, but we found we had no option but to pay it, because apartments could not be bought or sold until the fire-stopping issue was remediated.

“There was a lot of anger.”

She says the news comes as an “absolute relief”, but “we hope they stick to their promises, and fully compensate people like me, who have already paid the monies. Retrospection is vitally important.”

Pressure group Constructions Defects Alliance (CDA) said it “strongly welcomed” today’s decision and described it as “an important one for the tens of thousands of people living in apartments affected by fire safety defects.”

However, spokesperson Pat Montague warned that “given the enormous scale of the defects issue, it will take a number of years for all of the defective apartments to be remediated.”

Legislation to give effect to the remediation plan now needs to be introduced in the Dail (the lower house of the Irish parliament), and the government admits the scheme won’t be up and running until later this year at the earliest.