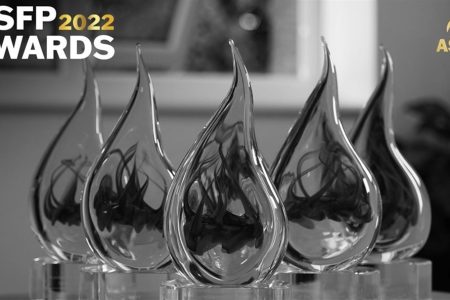 Senior Associate Trainer for the FPA, and one of the longest-serving trainers at the company, Mike Floyd has been shortlisted for a Lifetime Achievement Award.

Organised by the Association for Specialist Fire Protection (ASFP) as part of its annual ASFP Awards, the incredible accolade is given to those individuals who have demonstrated “exceptional practice over a significant period”. In particular, they will have made a lasting impact on people, organisations, or companies with a “display of wisdom and depth of service/leadership” and will be recognised throughout their organisation for all they have contributed to the sector.

Mike’s legacy within the fire safety sector has been nothing short of outstanding. The technical expert spent 18 years working in various laboratory positions – from starting out in roofing R&D with Tarmac Group to gaining higher national qualifications in chemistry and then physics with laboratory management.

As a fire safety manager for the Medical Research Council’s main laboratories, he covered all aspects of training and emergency liaison for a staff of over 1,000, including the on-site fire team. He then completed his FPA and CFPA European Diploma in the early 90s.

It was 1995 when Mike joined the FPA as Senior Training Officer, initially working alongside Howard Passey (now Director of Operations) on various projects, where he primarily covered in-house courses for facilities managers. Today, he covers a wide range of passive and active matters for a variety of FPA courses.

The purpose of the ASFP Awards is to recognise excellence within the passive fire protection industry. Other notable awards include the Academic Achievement Award, Advocate of the Year, Individual Rising Star of the Year, and Passive Fire Innovation of the Year.

The nomination Mike has received is undoubtedly a fantastic accomplishment, and we look forward to the award winner being announced at the end of the month.

This year’s ASFP Awards will take place at the impressive Park Regis Hotel in Birmingham on 25 November 2022.