Celotex aware of product’s susceptibility to fire ahead of Grenfell 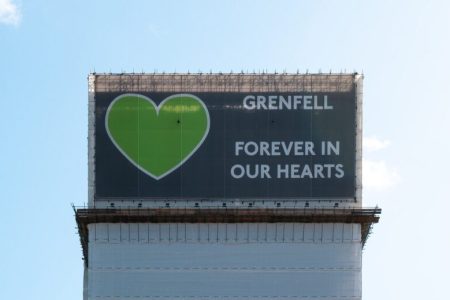 Celotex RS5000 was the primary insulation material used in the cladding system on Grenfell Tower. It is made from a plastic called polyisocyanurate, which has been found to release choking smoke when burned, including cyanide and carbon monoxide.

A document dated 16 January 2016 reveals that Saint Gobain, the giant multinational corporation which owns Celotex, was commissioning research into this toxicity months before the fire ripped through the tower.

“Fire statistics show that the main cause of death in fires arises from the inhalation of toxic effluents,” says the nine-page ‘technical memo’ sent to senior staff members at Saint Gobain and Celotex. “Some of these gases are irritants such as hydrogen chloride, hydrogen bromide or asphyxiants such as carbon monoxide and hydrogen cyanide.”

The document says that Saint Gobain had previously “launched some external studies to evaluate and identify the toxicity of polyisocyanurate as insulation materials compared to other products in the market”.

It notes that “the major gases contributing to its toxicity are hydrogen cyanide, carbon monoxide, hydrochloride and hydrobromide”.

In response, a spokesperson for Celotex said that the firm had disclosed the document to the inquiry and that smoke and fumes released during the blaze came from “a wide variety of building materials and from the contents of the flats”.

Celotex RS5000 was specifically marketed for use on high rises from 2014 onwards. Grenfell Tower was targeted by its salespeople, who later inquired about using the tower as a “case study” for the insulation.

The product remained on the market and was advertised specifically for high-rise buildings until the blaze.

A spokesperson for Grenfell United, a group representing bereaved family members and survivors of the blaze, said that Celotex and Saint Gobain “knew their product was dangerous and a threat to human life”.

It is understood the memo commissioned by Saint Gobain from a French laboratory into the issue of smoke toxicity in the mid-2010s. After this work, the firm is understood to have approached academics at the University of Central Lancashire in mid-2015.

Most of the deaths in Grenfell are believed to have been a result of smoke inhalation, aside from a handful of residents who fell from the tower after being trapped by thick smoke.

An expert witness said that asphyxiation due to inhaling high levels of carbon monoxide was the primary cause, but cyanide may have contributed in rendering victims unconscious more quickly where they would have later died from inhaling carbon monoxide.

The memo said that higher volumes of hydrochloride were produced when higher amounts of flame-retardant chemicals were added to the foam formulation.

A spokesperson for Grenfell United said: “The Grenfell Tower Inquiry found that every single death at Grenfell was avoidable. And this report from St Gobain and Celotex demonstrates just that. They knew their product was dangerous and a threat to human life.”

“As will be apparent, the Grenfell Tower fire was, tragically, of a size which meant that smoke and fumes were released from a wide variety of building materials and from the contents of the flats.

“Celotex insulation is an organic material and, in common with all organic compounds releases a variety of gases on combustion. This information is well known by construction professionals and was clearly stated in Celotex’s health and safety datasheet which was readily available to those responsible for the design and installation of the cladding system on Grenfell Tower.

“The Grenfell Tower fire was a terrible tragedy and Celotex reaffirm their deepest sympathies to everyone who has been and continues to be affected by the fire.”

The inquiry has previously heard that fire-resisting boards were secretly added to a fire test on a system containing the RS5000 insulation in May 2014, in order to help secure a pass that was crucial to targeting the insulation for use on high-rise buildings.

These boards were omitted from reports of the test, with Celotex then obtaining a certificate that claimed the product was “acceptable for use in buildings above 18m in height”, when in fact regulations permitted its use only in an exact replica of the system tested.

Witnesses who previously worked at the firm have accepted under questioning that this behaviour was “downright misleading”, “intentional” and “dishonest” with one saying he was made to “lie for commercial gain” at the firm.

In a closing statement, delivered in November, a barrister representing Celotex pointed to research which showed that the speed of the fire spread at the tower was primarily a result of the combustible cladding panels, with the insulation contributing little to the speed of the fire.

He said that the misleading testing had “no causative impact” because “there is no evidence that any construction professional involved in the refurbishment read, let alone relied upon, the description of the test or the tested system”.

A further test, without the additional boards, has been commissioned since the fire and passed.

He accepted that the 2014 testing involved “unacceptable conduct on the part of a number of former Celotex employees and should not have occurred”.

He said the discrepancies were discovered by Celotex’s “current management” after the fire, and were swiftly reported to the police, the inquiry and Trading Standards, adding that the firm has recruited new technical and operations managers since the fire and introduced a new quality assurance process.

The inquiry has concluded oral evidence for the second phase, and its panel is currently writing a final report. The report is expected to make clear findings about culpability for the disaster, with dozens of companies and organisations under scrutiny for a variety of failures.