Shouting into the dark 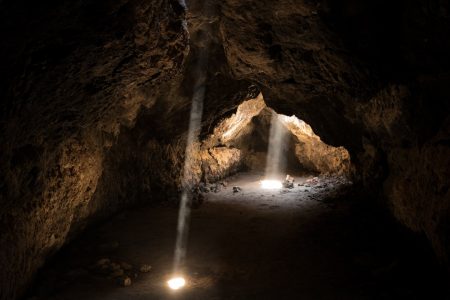 Communication is an integral part of ensuring a rescue operation is conducted smoothly. But what challenges do fire and rescue teams face in environments where radio communication is limited or even impossible?

In the modern world, humanity exists in all corners of the globe. From the towering mountains that crest the land, through the verdant meadows, the arid deserts and idyllic valleys, all the way down to the majestic coasts. Even some of the most hostile environments our world has to offer, like the freezing wastes of Antarctica or the suffocating peaks of the Himalayas, houses its own robust communities of people. Never before has it been easier for us to survive in any biome and location.

However, with these new developments comes its own set of unique challenges. Where people can peacefully reside, they can also come into trouble as well. Everyone needs rescuing sometimes. But with such a huge diversity in the environment, it brings with it its own unique challenges.

Fire and rescue teams, like any team, require effective and concise communication to ensure a smooth rescue operation, sometimes over considerable distances where word of mouth does not travel. This is where radio technologies come into play, allowing communication over distances that were previously impossible. Nine times out of ten, this technology is sufficient in fulfilling its duty. However, radio requires a signal to operate and while signals are widespread above ground, its efficiency diminishes the further underground you go. It is very much the same principle as when you are listening to the radio as you drive and pass through a tunnel. The further into the tunnel you go, the patchier the reception, down to a point where any discernible sound is lost.

For rescue teams, any disturbance in a radio signal can be just as deadly as no signal at all, as any orders or information can be easily misconstrued by any recipients. So, communication underground brings with it its own unique set of challenges for rescue teams to overcome. This doesn’t only include challenges faced with communications between rescue team members, but also communication between rescue teams and those that require rescuing. Today, we’ll be taking a deeper look into technologies and tactics involved in subterranean communications, while also comparing these to real-life scenarios, such as the rescue of the Chilean miners in 2010, as well as the 7/7 bombings in London in 2005.

On one fateful day in August 2010, a cave-in occurred in the San Jose copper-gold mine in Chile, trapping 33 miners inside a portion of the mine for 69 days. The mine was old and ill-maintained: experts foretold of an inevitable cave-in causing inevitable damage to equipment and personnel, which was ultimately ignored by the mine’s top brass. The ensuing events led to a global-scale rescue effort, with many charities, institutions and philanthropists joining together to rescue the 33 men buried deep beneath the earth.