Multiple fires rage across the UK 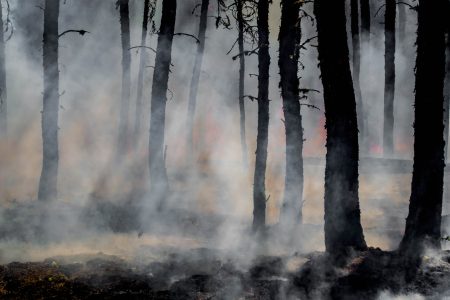 With recent temperatures in the UK soaring to unprecedented heights, a nationwide advisory has been issued by fire departments in all corners of the country, strongly urging citizens to exercise care when it comes to outside barbecues and exposed flames.

Just yesterday (Sunday 24 July) saw numerous severe fires erupt in the south of the country as temperatures saw heights of 30 degrees Celsius, straining the efforts of fire services that are still reeling from the aftermath of the heatwave that struck the country last week.

Bedfordshire Fire and Rescue Service were tasked with tackling several field fires on the north-east outskirts of London Luton Airport, including one in the Tea Green and Wigmore area.

A spokesperson for the airport stated that, “there was no impact at all” on flights or routine operations caused by the surrounding fires.

There were also two notable serious fire cases in Suffolk: one in Brandon and another in Leiston.

Eight fire crews from two different counties were summoned to a forest fire that broke out in the early hours of Monday morning, in the London Road area.

A spokesperson for the Suffolk Fire and Rescue Service said that despite the fire still being alight at the time of the statement, even after the crews utilised hose reel jets and beaters, “good progress is being made.”

Thankfully, there were no reported injuries and the cause of the fire was not known at the time.

A few hours after local fire crews dealt with serious fires in the London and Surrey areas, another huge blaze emerged in Knodishall Common in Suffolk.

Suffolk Fire and Rescue Service confirmed the usage of 12 pumps to tackle the wildfire after the call was made just before 8pm on Sunday night.