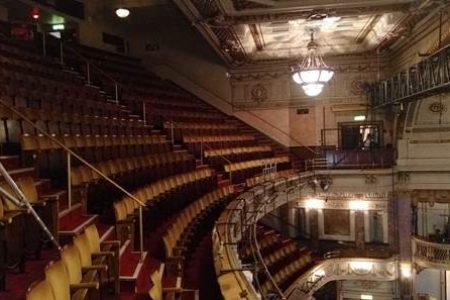 SOCOTEC, a UK provider of testing, inspection and certification services, has been recognised for a series of refurbishment works recently carried out on the Theatre Royal Drury Lane, London.

SOCOTEC’s Fire Engineering team was highly commended in the AABC Conservation Award category as part of the Civic Trust Awards. These awards recognise projects that demonstrate the highest standards of historic building conservation, as well as those that have significantly contributed to the quality and appearance of the built environment.

Located on Drury Lane, the building in question is a Grade I listed theatre and has an international reputation as one of the most desirable and prestigious theatres in the world. Conducted on behalf of LW Theatres (whom SOCOTEC has worked alongside on two other projects), the works comprised an extensive refurbishment of the Theatre Royal and changed the use of the ground floor, while part of the basement was converted to a restaurant. This took place over the course of five years (specifically, 2016 to 2021).

During this refurbishment, the existing theatre and new restaurant were physically linked by enclosing the existing passage between them and adding new openings. The back-of-house remained largely unchanged by the works (with the exception of a new head office and assembly room, which contain listed elements such as a set paint frame).

“We are delighted to have contributed to the refurbishment works on this historic and iconic building, working on behalf of a client with whom we have already developed a strong professional rapport,” commented Thomas Carpentier, director of fire engineering, SOCOTEC UK. “Receiving a commendation in the Civic Trust Awards is a highly prestigious accolade and achievement for the business, and I would like to congratulate all of the team involved in this project for their hard work.”