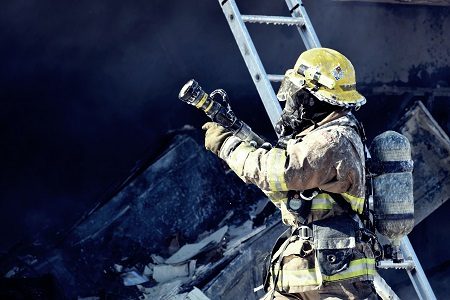 The Fire Brigades Union lawyer for the inquiry has placed central importance on a government “agenda of deregulation, privatisation and marketisation” for causing the disaster.

The comments were made as part of the opening statements for Module 6 of Phase 2 of the Grenfell inquiry. Phase 2 is focusing on the causes of the events of the night of the disaster, and Module 6 within that is focused on government.

Acting on behalf of the union, Martin Seaward said a regime “which encouraged companies to behave recklessly towards building safety” was “actively and, regrettably, deliberately created by central government”.

Seaward said that the aforementioned agenda had been in place for “more than four decades”, across multiple governments.

He stated that it had led to a range of factors which had in turn “contributed to the systemic failure of the building and fire safety regimes, thereby enabling the installation of cheap and dangerous rainscreen cladding systems all over the UK, including at Grenfell Tower”.

Flammable cladding installed onto Grenfell Tower played a vital role in the fire spreading across the building.

In the FBU’s submissions to the Inquiry, links were also drawn between deregulation and other factors that caused the disaster, such as sprinklers and premises safety information.

Seaward emphasised that the disaster was not simply caused by “government and public authorities being taken advantage of by a few unscrupulous companies”, but that it was a failure of the building safety system in place. He outlined how this system had been hit by deregulation.

In the accompanying written submission it was highlighted that “The fundamental underlying causes of the terrible loss of life at Grenfell Tower lie in political decisions made by central government in the service of a social and economic system driven by profit and greed”, appearing to draw links between government actions here and their wider political agenda.

Lawyers for bereaved, survivors and residents also pointed the finger at deregulation. And the inquiry’s own lawyer Richard Millett QC notably stated that one of four essential questions for government was what motivated government in the approach it took to fire safety, a statement which could relate to wider aims the government had such as deregulation.