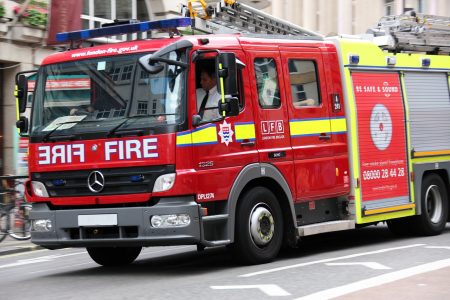 New data has revealed that a practice which allows fire service bosses to halt pension contributions and receive tax-free payments has been used in 13 fire and rescue services, despite the government having formally discouraged the practice in England.

The Fire Brigade’s Union explained that this involves predominantly senior fire officers retiring and then being re-appointed into the same or a similar post, in arrangement with their employer. It allows them to access a quarter of their pension pot as a tax-free lump sum and then return to post and cease paying employee pension contributions.  The employing fire and rescue authority also ceases to pay pension contributions.

The 13 services include London, the biggest wholetime fire service in the UK, where five high level ranking officers including the Commissioner have retired then been re-engaged in the service. Some of these occurrences of retire and rehire may have taken place before the government’s formal discouragement. The data comes from Freedom of Information requests made by the Fire Brigades Union.

Matt Wrack, Fire Brigades Union general secretary, said: “It is outrageous that bosses in fire and rescue services are being allowed to rob taxpayers in this way. It’s deeply unfair and unjust, that bosses on six figure salaries are making cosy agreements that the firefighters they preside over could never hope for.

“FBU members will be furious that this is continuing despite the government formally saying it shouldn’t. FBU members have suffered pay restraint for over a decade, with chief officers standing idly by and doing nothing to demand better for their employees. That bosses have been able to play the system to make themselves even richer when ordinary workers are struggling to make ends meet is truly abhorrent.”

The fire and rescue services that reported that the practice is being or has been used are: Bedfordshire, Berkshire, Buckinghamshire, Cambridgeshire, East Sussex, Humberside, Lancashire, London, Northamptonshire, Oxfordshire, South Yorkshire, West Sussex and West Yorkshire

The government, in the 2018 Fire and rescue national framework for England following a consultation, formally discouraged this practice and affirmed that it should be utilised only in “exceptional circumstances when such a decision is necessary in the interests of public safety”.