Fires and explosions are known as the most serious hazards in the offshore industry. This fact also applies to the oil and gas sector in general, in environments where hydrocarbon is produced, processed and stored. Loss of containment of hydrocarbons, when ignited immediately, leads to fire, while a delayed ignition leads to explosion normally followed by fire as well. Several types of fires can be encountered on offshore facilities: Pool fires occur as result of ignition of liquid fuel spill. This can also take the form of a fire on a flowing liquid. If the liquid is contained under high pressure, the fire is therefore known as jet spray fire. Following a gas leak event, an immediate ignition would result in a jet fire. If the ignition is delayed, the released gas would be dispersed and mixed with air resulting in a flash fire followed by jet fire (providing the gas leakage continues). Delayed gas leak ignition can also result in explosions if the fuel and air are in the flammable pre-mixed state and some congestion or confinement is available. Jet fires would also follow explosions providing the gas release is sustained. There is no doubt, therefore, that fires pose serious hazards on offshore installations and the personnel operating them and even the environment. It is therefore beneficial to take all precautions and use all available advanced tools to protect offshore installations against fire.

Safety has been traditionally handled by fulfilling the regulations settled by standards according to each country. Rules are commonly updated or modified in the wake of large accidents where lessons are learned. Passive accident-triggered safety approach has not been adequate enough and thus the industry have been moving towards the proactive performance based design. Accordingly, the assessment of design safety performance necessitates the use of state-of-the-art simulation tools. Computational Fluid Dynamics (CFD) models are the most advanced tools available to predict the consequences of a fire event. So what could be learned in the aftermath of an accident can be predicted and estimated in advance. The safety performance of a design can therefore be evaluated before a fire event arising in the facility. Field-based tools, as called in the fire protection society, have been extensively used in the residential fire safety to predict smoke propagation in complex buildings such hostels, hospitals, high-rise buildings, etc. Similarly, the offshore industry is using CFD software for numerous applications where some will be cited here. The impact of fire effluents on personnel can be quantified by the simulation tools. The integrity of primary structure offshore is of paramount importance and thus simulations can be used to evaluate the survivability of installation and assess whether evacuation can be completed before collapse should it occur. Not to mention that CFD can be effectively used to optimise the application of active and passive fire protection on offshore facility, which can reduce costs related to installation and maintenance of fire protection.

CFD simulations are currently being adapted for use in emergency preparedness and crisis management. Many unfortunate events, which could have been tackled without damage, escalated into major accidents. These accidents could have been avoided should the decision-making been aided by processed data based on CFD simulations. Simulation data on a given installation can be post-processed and analysed in order to develop response to certain hazards. Moreover, available simulation data can be made available, on demand, to aid crisis management such as evacuation through smoke free routes in a fire event.

It can be stated that CFD is extensively used to settle a proactive safety culture rather than a passive one driven by accidents. Nevertheless, accidents can be reduced but not totally eliminated. In the event of accidents, investigations are quite vital in order to identify the root causes. Understanding the cause of accidents can help avoiding it in the future. CFD tools can be used to replicate the scenarios of accidents and sequence of events that took place. Many accidents such as the Buncefield (onshore) and Piper Alpha (offshore) were better understood and explained through CFD simulations.

For many years, the use of CFD models (such as GexCon’s FLACS) in explosion safety for offshore installations became the industry standard and is even required by regulations in some countries. The implementation of similar advanced tools for fire related consequence modelling has however been much slower. With the advent of new software tools, ever-faster desktop computers and improved user interfaces, more advanced fire simulation models are becoming more accessible to a wider range of fire safety engineers. Thus, computer simulations are becoming a viable option for many types of design aspects. NIST’s FDS has been widely used for residential fire applications mostly smoke propagation. Similarly, COMPUTIT’s KFX has been used for hydrocarbon fires applications. Now GexCon has recently launched the Fire module in FLACS, which allows fire simulations in line with the dispersion and explosion simulation capabilities available in the code. The new module has been used internally for a while but recently launched to external users. Below are some illustrations of typical offshore fires simulated by GexCon’s FLACS. Figure 1 depicts the flame contours of a jet fire on-board in a Floating Production Storage Offloading (FPSO) at sea. Figure 2 shows the resulting heat fluxes on critical elements of the ship due to the same fire event. Depicted in Figure 3 is a jet fire and the resulting heat fluxes on a platform.

Figure 3: Jet fire and incident heat fluxes on the deck of a platform 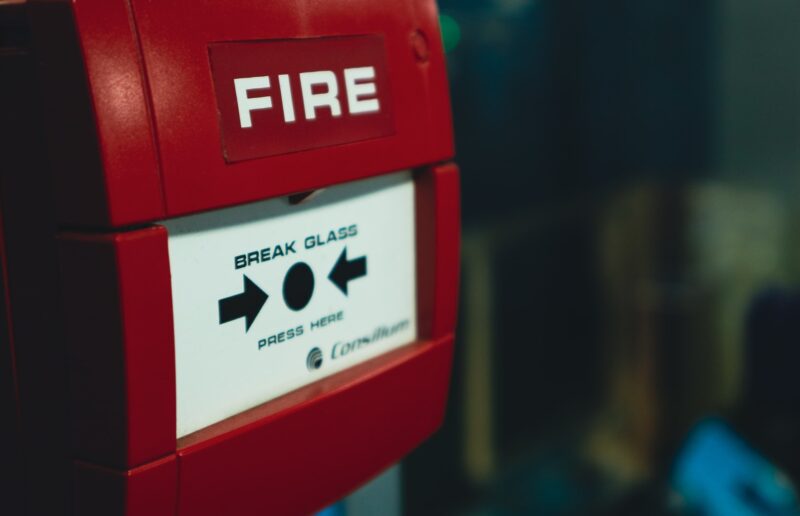