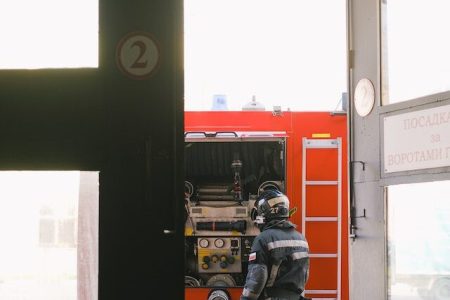 A new study commissioned by the Fire Brigades Union (FBU) and independently carried out by the University of Central Lancashire (UCLan), has found that firefighters’ mortality rate from all cancers is 1.6 times higher than the general population.

The same study also revealed that firefighters are dying from heart attack at five times the rate of the general public and almost at three times the rate from a stroke.

The study was led by Fire Buyer Live speaker and UCLan Professor Anna Stec and was carried out by obtaining mortality records from the National Records of Scotland. The results are relevant to the United Kingdom as a whole due to the same conditions faced by firefighters in Scotland and the rest of the UK, with operational procedures consistent across the whole of the country.

The research also shows the mortality rates for certain types of cancer are significantly higher in firefighters, including:

In instances where cancer with an unknown origin has spread, the rate was 6.37 times higher than the general population.

The excess cancer mortality observed in Scottish firefighters for several types of cancer are likely linked to different kinds of exposures, and/or fire toxins. Cancers of the oesophagus and digestive organs, for example, point to at a potentially significant contribution from ingestion, which may occur when firefighters swallow mucus in which fire effluent has become trapped, or if they have eaten food with contaminated hands. Meanwhile, mortality rates from leukaemia cancer are linked to exposure to other chemicals such as benzene from contact with skin or inhalation.

The study concluded that health monitoring for firefighters; reducing their exposures from contaminants at their workplace; and financial and medical support for those already affected are urgently needed.

Riccardo la Torre, Fire Brigades Union national officer, said: “This is a study that should horrify fire services and the government. This is about firefighters dying who did not need to. We know that there are clear ways we can make things better for firefighters. We need health surveillance. We need monitoring of exposures. We need legislation that will ensure that affected firefighters are given the compensation they deserve. At the moment we are sorely lacking in all of these areas. It is high time that ends. We cannot lose any more firefighters unnecessarily. Lives are being lost amongst our friends and colleagues and it must stop. We need to catch problems early and mitigate problems early.”

Professor Anna Stec, Professor in Fire Chemistry and Toxicity at UCLan, said: “This is the first study of its kind in UK and the research brings to light the wide range of occupational hazards that firefighters face. It’s important that firefighters can continue to do their jobs as safely as possible, and the research shows that measures such as health monitoring and reducing exposure from contaminants at the workplace will play an important part in protecting firefighters.”

The issue has also been raised in the Scottish Parliament, with Maggie Chapman MSP bringing a motion to Parliament and both Chapman and Pauline McNeill MSP raising the issue at First Minister’s Questions.