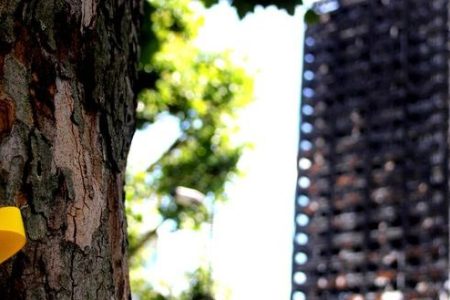 Scottish ministers have been accused of “dragging their heels” in replacing flammable cladding, as the majority of the funding for removal work is allocated for 2025.

The Scottish government’s spending review has pledged £180m over the course of three years to remove the cladding from affected buildings. A £30m budget has been announced for 2023/24, which will increase to £50m in 2024/25. However, £100m of the funding will not be allocated until 2025 and 2026, despite the remediation programme have been expected to roll out this year.

More than 100 public buildings are believed to have potentially combustible cladding installed, with a Freedom of Information request revealing that 88 primary and secondary schools in Scotland are wrapped in the dangerous insulation.

Mark Griffin, Scottish Labour’s housing spokesman, asked the Scottish government how many surveyors and fire engineers had been procured to carry out single building assessments. Housing Minister Shona Secretary said that 29 buildings had been contacted so far to offer the direct provision of fire engineers, adding: “Once we ascertain consent and details, we will move to the contracting process.”

Mark Griffin has criticised the response, saying that the Scottish government is not working fast enough. He said: “It beggars belief that the SNP government still don’t seem to grasp the urgency of the situation. After years of needless dither and delay, they have finally accepted that this dangerous cladding needs to go – but they are still dragging their heels making it happen.

“Every year that they fail to act is another year that people are left living and working in unsafe buildings. There is absolutely no more time to waste learning the lessons of the Grenfell tragedy – the SNP needs to stop this dangerous negligence and speed up this programme.”

A Scottish government spokesperson said: “We are taking priority action to address cladding safety issues, having expanded our Single Building Assessment programme so that more than 100 buildings will be assessed. The vast majority of buildings in the initial phase of our programme have secured fire engineers.

“A new streamlined process for commissioning the assessments will help identify at-risk buildings more quickly. We still expect the vast majority of buildings assessed through this programme to be found to be safe. We have allocated almost £400 million to this programme of work.

“We’ve also agreed with some of the country’s largest housing developers to work together to address cladding issues as part of our new Scottish Safer Buildings Accord, giving affected homeowners a clear path to ensuring their homes are safe.

“Our ban on combustible cladding from domestic and other high-risk buildings applies on buildings of 11m and higher, whereas elsewhere in the UK it is 18m. We have also banned the highest risk metal composite cladding material from any new building of any height.”