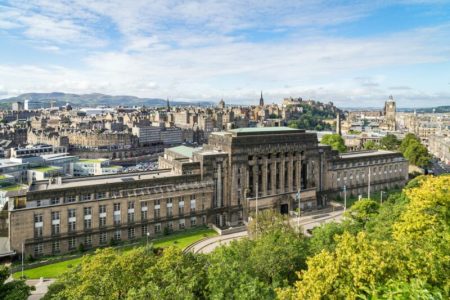 The Fire Brigades Union (FBU) has announced significant progress in Scotland on the the ground-breaking DECON campaign, which aims to protect firefighters from toxic contaminants and the deadly illnesses they can cause.

The campaign shares steps firefighters can take to protect themselves and by campaigning fire services to take steps to protect firefighters. Its initial findings revealed that surveyed firefighters were than four times more likely to have been diagnosed with cancer than the general public and it is thought that fire contaminants are at least in part responsible here.

A series of meetings were held in Scotland involving the FBU, the Scottish Parliament, the Scottish Fire and Rescue Service, and Professor Anna Stec, who is leading on the DECON research at the University of Central Lancashire.

After the week of meetings FBU Scotland released a joint statement with the service: “We will never completely eliminate the risk faced by firefighters but we must act now to increase awareness, minimise exposure, and implement early and regular health screening. This is a journey that will take time but steps must be taken now to help protect firefighters.

“The FBU welcomes the SFRS committing to support further research by Professor Stec and to work jointly with the FBU to implement DECON, focus the work of the SFRS contaminants group to implement urgent changes, and where required enforcement to ensure firefighters are supported to adopt safe behaviours.

“This commitment to work jointly goes further, with SFRS confirming their desire to join the FBU in making the political case for the legislative changes required and for health screening to be offered to firefighters to promote early detection of cancers and diseases in firefighters which is proven to dramatically increase survivability following a cancer diagnosis.”

Barry Johnstone, FBU Scotland Health and Safety rep said: “After speaking to Anna directly and hearing all about the research carried out, I thought it was vitally important that the Service meet Anna and got a full understanding of the magnitude of what is a stake, and the need for action to be taken now in order to prevent staff from becoming sick from attending incidents.

“Having time to reflect on what hopefully will turn out to be a very constructive week, I feel the meetings we had with the SFRS went really well.

“The research carried out by world-renowned Professor Anna Stec and her team at Uclan show clearly that firefighters are at risk of being contaminated at incidents whilst carrying out their work. It is simply unacceptable for people to go to their place of work and potentially be at risk when action can be taken to mitigate that risk.”