PPE: Is it important? 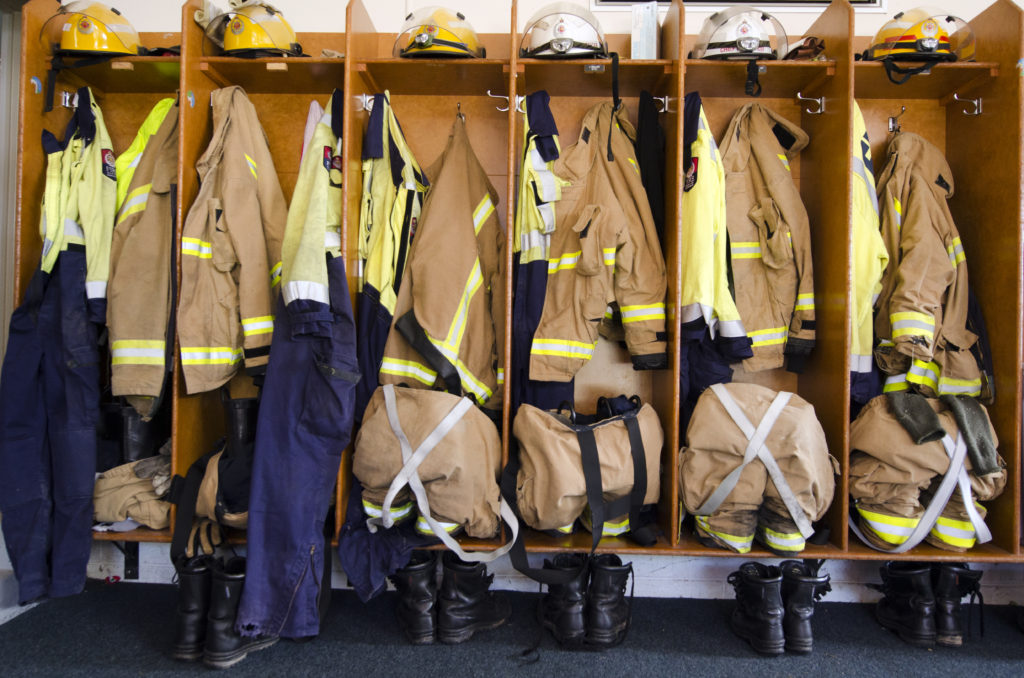 Wearing Personal Protective Equipment (PPE) as a first responder to a fire is imperative for the safety of the firefighter, however what side effects are there?

Wearing Personal Protective Equipment (PPE) is essential, especially for those jobs that deal with emergency situations like fire. And while safety is the main reason why proper PPE should be worn, they are needed by firefighters to prevent them from inhaling hazardous fumes, toxins and debris that could harm their lungs and respiratory system.

PPE for firefighters is extremely important so they can enter a house or building without suffering from burns or lung damage from smoke inhalation. Even in situations where these heroes have to engage in size-up or overhaul, wearing of PPE is also required so they won’t get seriously injured while doing their job.

The outer and thermal layer protects the wearer from radiant heat, and it can also serve as protection from partial flame. While the moisture barrier serves as a protection from the sprayed water to prevent their bodies from getting soaked and save them from injuries due to steam burns.

On the other hand, the gloves and boots that firefighters wear are made from fire-resistant materials to safeguard their hands from sharp objects, radiant heat, and other forms of danger that they might encounter during fire service.

Furthermore, the helmet is the most recognisable equipment of a firefighter. And it is made from durable and fire-resistant materials to protect their head from extreme temperatures and falling debris. Likewise, it also prevents the firefighter from getting drenched from the sprayed water.

Finally, the PPE also includes a face mask, an air pack, and an air cylinder so they can regulate air pressure and breathe clean air during firefighting operations. And in some situations, small editions such as a sealed off gear is also included so that the exhaled air will be used to cool the firefighter off.

Your structural firefighting protective ensemble, aka your turnout gear or PPE, is a marvel of design engineering that meets its primary objective – protecting you from the thermal hazards of structural firefighting – extremely well. But are you aware of the risk to your health and well-being that also comes with working in your PPE?

Heat stress – Denise Smith, Ph.D., is the Director of the First Responder Health and Safety Laboratory and a subject matter expert regarding heat stress and its effect on firefighter health and safety. In that role, she served as the principal investigator for the Science Medicine and Research & Technology for Emergency Responders (SMARTER) project, a study supported by the DHS/FEMA Grant Directorate for the Assistance to Firefighters Grant Program with a Fire Prevention and Safety Grant.

Smith and her research team published the project’s key findings in 2015 with a paper titled, Effect of Heat Stress and Dehydration on Cardiovascular Function, in which they wrote:

Firefighters are exposed to numerous life-threatening dangers, including high temperatures, flames, smoke, hazardous chemicals, and unstable structures. Despite these dangers, the physiological strain, specifically cardiovascular strain, associated with firefighting poses the greatest threat to the life and health of a firefighter [1].

Smith and her team found that working in their full structural ensemble and SCBA, firefighters put their bodies at risk of developing hyperthermia and dehydration, factors they dubbed the “Terrible Twins.”

The development of the “Terrible Twins” leads to an increased strain on your cardiovascular system that can manifest itself in two ways:

Steam burns – The increase in body heat being generated – and the body’s inability to adequately cool the firefighter through evaporation of perspiration – also presents another potential hazard to the firefighter: steam burns.

In a research study initiated in 2015, the National Institute for Testing and Standards began looking at this risk. In the potential steam burn mechanism NIST is exploring, water vapor accumulates in a burning room, penetrates the firefighters’ protective clothing and collects in the layer of air between clothing and skin. Water vapor from human perspiration also increases the humidity in this air layer [2].

Your structural ensemble has three key layers of fabric:

That middle layer – the moisture barrier – is a two-way street, in that vapor (water/sweat in its gaseous form) can penetrate the barrier. During interior structural firefighting, there’s plenty of water vapor in the space because of the water you’re applying to the fire. Water vapor is also filling the space as a byproduct of combustion.

All that water vapor in the air means a greater chance that it will find its way into relatively dry places, such as the air spaces between those three layers of PPE. Within those air spaces, there is a threshold moisture content, the dew point, at which the air space can no longer absorb moisture.

When these interior air spaces within reach their dew points, any additional moisture entering those spaces begins condensing into liquid droplets on the skin. This transition from vapor to liquid releases heat and raises the temperature of the skin – not a desirable effect, given that the body is trying to shed excess heat.

While the research into this phenomenon continues, we know that irreversible skin damage can occur within minutes at around 118 degrees F (48 degrees C). The theory being explored by NIST is that when the moisture level in the air layer between your skin and the moisture barrier gets high enough, steam burns might become possible.

Lighter – The manufacturers of firefighting PPE work diligently to develop garments that provide a safe, effective and efficient solution to the problem of excess heat buildup while still maintaining the required protection from the external heat presented by structural firefighting.

One aspect of that pursuit is designing PPE that’s lighter and that provides better flexibility and freedom of movement so that your PPE is working with you and not against you. The heavier and more constraining your PPE is, the harder you must work, risking the development of the “Terrible Twins.”

If your fire department is looking to replace or upgrade its structural firefighting PPE, consider newer, lighter weight options. The fabric engineers at TenCate Protective Fabrics have developed PBI Peak 5, an outer shell fabric that’s lighter (5.6 ounces per square yard), with the highest percentage of PBI fiber currently available in the market. Using the company’s unique ENFORCE Technology, they’ve combined the thermal protection of PBI with the time-tested strength of Kevlar to create an outer shell that can meet the protection demands of 21st-century firefighting.

These advances mean you can now get an outer shell that provides outstanding thermal protection and is 20 percent stronger than comparable outer shell fabrics so it can withstand the abrasion, wear and tear hazards that firefighters face every day. The lighter weight also means it’s less stiff, more comfortable right out of the box and provides added range of motion.

Structural PPE – Having the right gear for the job can make your job safer and easier, particularly when it comes to reducing the risk of heat stress. For many fire departments, responses to working structure fires where structural PPE is required account for a only small percentage of their total responses. Those same fire departments are responding to a far greater number of calls where their structural firefighting PPE is working against them instead of for them.

TenCate Protective Fabrics has created a new fabric to help address this problem and provide fire departments with PPE options beyond the structural firefighting ensemble. Agility Tactical is lightweight (just 5 ounces per square yard), durable and compliant with NFPA 1951, NFPA 1977 and NFPA 1999. That tri-certification now gives PPE manufacturers a lighter weight fabric they can use to make multi-functional PPE for firefighters to wear in a variety of non-structural firefighter tasks, including rescue missions and training.

“Now you can have a garment that’s both multifunctional and highly efficient in those tasks like vehicle extrication, wildland urban interface and delivery of EMS,” said Jeff Sedivec, a retired firefighter (Santa Ana, Calif.) and now end user/dealer market manager for TenCate Protective Fabrics. “And because those garments won’t have the bulky thermal protection layer you have in structural PPE, the firefighter wearing it has a lower risk of heat stress and the physical problems that heat stress can bring on.”

Wearing lighter PPE that provides more ease of movement can go a long way in reducing the risk of heat stress for firefighters. Fire departments can also reduce that risk by providing their personnel with lighter PPE options that more closely match the hazards they encounter while doing their jobs.

Overall, PPE for firefighters is always required to be worn during fire service to provide enough protection and to enable these professionals from capably performing their duties. In addition to wearing PPE correctly, proper maintenance of this gear is also essential so that the equipment will remain in good condition and is ready to be worn in the event of another fire emergency. 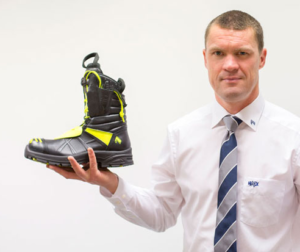 Firefighting is a life-threatening job, with every shift bringing dangerous incidents such as fires, floods, storms and road traffic collisions. Alongside risks including heat exhaustion, burns and mental stress, other less visible hazards pose a threat to firefighter safety. Firefighters may be exposed to high levels of toxic substances during and after a fire, as cancer-causing chemicals remain on PPE clothing and elsewhere at the fire ground.

Fires produce a cocktail of toxic, irritant and carcinogenic chemicals in the form of aerosols, dusts, fibres, smoke and fumes or gases and vapours, increasing cancer risks and lung deterioration. However, decontamination and cleaning procedures en-route to, during and after a fire can reduce, minimise or eliminate exposure hazards.

Many fire combustion products, including hydrocarbons, polynuclear aromatic compounds, metals such as cadmium and chromium, and acids and soot, are hazardous to firefighters. These substances can become embedded in footwear, penetrate the inner layer, and enter the body. In addition, particulates and other combustion products can reduce the flame resistance of footwear and its ability to conduct electricity. Wearers must clean their footwear thoroughly to reduce the risk of long-term harm from hazardous substances present in fire combustion products or chemicals.

Wearers exposed to hazardous chemicals and pathogens need to follow the relevant cleaning and decontamination precautions in line with legal regulations to limit exposure and risk of harm to themselves and others. Anyone involved in the handling, sorting, bagging, transporting, and laundering of contaminated footwear must wear utility gloves and appropriate PPE to prevent exposure.

Manufacturer of world-class water, foam and has based firefighting equipment and systems, HD Fire Protect describes and why they are a trusted specialist  HD Fire 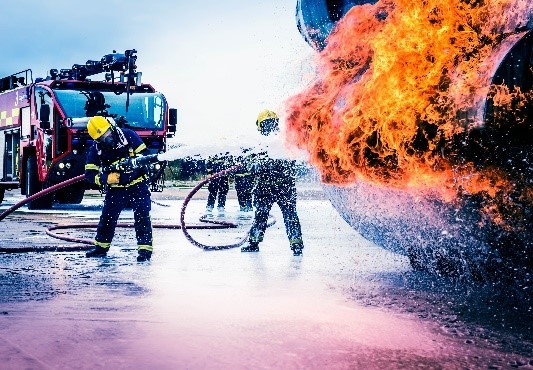 BIOEX’s range of firefighting foams are used by fire safety professionals worldwide. A pioneer in fluorine-free foams, BIOEX remains top of the market for innovation  Since 1998, BIOEX formulates and manufactures firefighting foams for fire 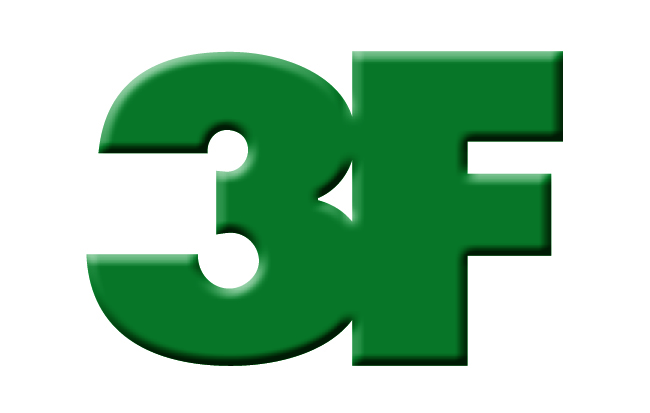 3FFF Limited, a subsidiary of 3F Group, are the market leading innovators for fluorine free foams in the firefighting and suppression industry  The company, headed