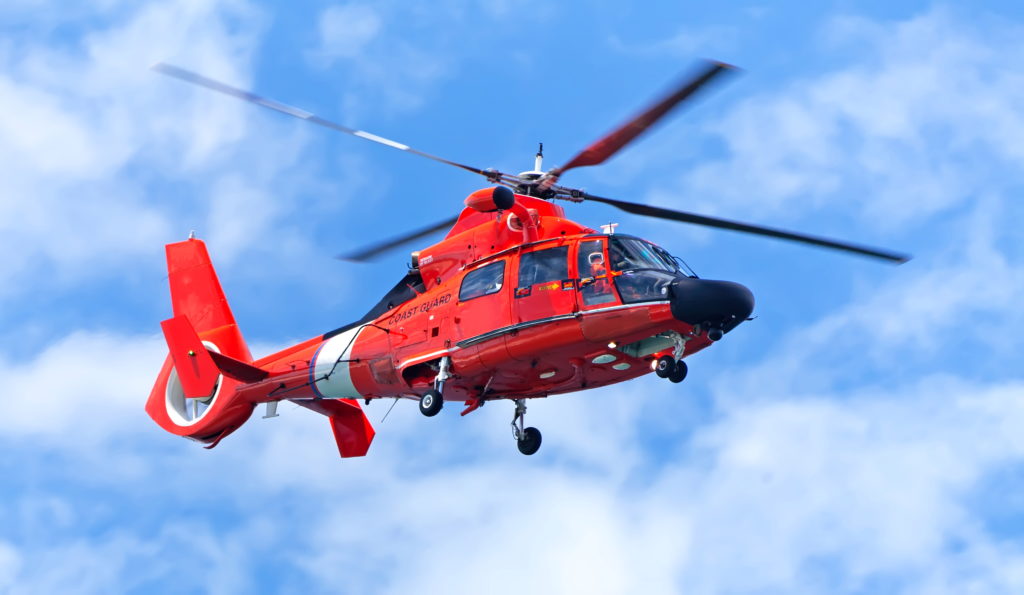 The global public are defying lockdown rules and continuing to venture outdoors and in extreme weather, causing further challenge for Search and Rescue operations

Covid-19 has posed many challenges to the industry and society. Search and Rescue operations are no exception. Despite lockdown restrictions globally, many people are trying to escape their current environments and taking excursions to dangerous places, whether this be hiking, camping, rock climbing or other outdoor activities. This is adding extra strain and pressures onto Search and Rescue teams who are already attempting to tirelessly save lives, but also fight Covid.

Members of search and rescue organisations in British Columbia are being called out on a regular basis despite stay-at-home recommendations from officials. “The number of rescues has not gone down at all,”  said Dwight Yochim, Senior Manager with the BC Search and Rescue Association. “That is our concern.”

The streets may be virtually empty these days, but when it comes to the backcountry, it’s a different story, as locals and visitors escape the confines of their homes and cities and venture to the outdoors. SAR crews are now telling people to go outside only if you need to, but consider who else you put in danger if you get hurt or lost. “Every time our crews are called out that brings 20 to 30 of the members together,” Tochim said. This dramatically increases infection risk as well as the typical risks associated with search and rescue.

He said this will force members into a vulnerable position by having to work in a large group to carry out a rescue. “This definitely isn’t a time to push your recreation limits,” said Sandra Riches, Executive Director of Adventure Smart BC. Riches urges people not to use extra time off from work to tackle a big climb or hike. “We want everyone to come back down into first gear and not continue to go further, go bigger, or go faster,” she said.

SAR groups have a limited amount of masks and other personal protective equipment available to them to use if they are put into a position where they need to help a subject who has COVID-19 symptoms. Like many organisations around the world, SAR teams are now short on N-95 respirator masks, the mask that is most effective in filtering out airborne particles.

Yochim said they will ask every subject questions about fever, cough, or whether they were exposed to someone with the virus when addressing an urgent call. “If the answer is yes, our teams will suit up and put on proper protective equipment,” he said. “They will treat the subject as if they are infected — but that puts our members at risk.”

B.C. search-and-rescue volunteers say they are experiencing a spike in calls while also grappling with increased risk due to the novel coronavirus pandemic. The B.C. Search and Rescue Association says volunteers responded to 23 calls on average in one week, an increase of 35% over the same period last year.

The association warns that as the province works to reopen recreation sites, now is not the time for hikers to take risks as crews have to worry about not only the terrain, but also the dangers of COVID-19 and the potential spread to other members in the association.

North Shore Rescue was recently called to Mosquito Creek in North Vancouver after two men were unable to make their way out of a ravine. Rescuers had to don personal protective equipment before pulling them up. “Six months ago, we would rush in, equipment was not required, we could touch the subjects, no problem at all,” Peter Haigh of North Shore Rescue said.

“Today it could be a death sentence if we touch them. So we can’t take enough precautions with volunteers who have families and work to do and so on. We just can’t take the risk.” The BCSARA urges the public to heed the advice of provincial health officials and stay close to home, practice physical distance and keep social circles small.

Similarly to British Columbia, other areas of the world are also receiving a similar challenge in search and rescue teams. In the Lake District, fines were issued to Covid-19 rule breakers after a rescuer fell 500ft trying to reach illegal campers during the height of the pandemic.

Two campers each landed £200 fines after a call out that left their rescuer seriously injured in hospital.  The mountain rescuer fell 500ft down a slope in the Lake District trying to reach a stranded camper at Red Screes. Breaching Covid-19 lockdown rules, the pair had travelled from Leicester and Liverpool to the camping spot. Not only were travel restrictions breached, as well as social distancing measures and recreational exercise rules, but they endangered the lives of themselves and the search and rescue team that came to their aid, with environment and infection potential.

Similarly, Patterdale Mountain Rescue Team had been called out to help a man camping above the Kirkstone Pass who was suffering chest pains. While the team of rescuers was making their way to the camper, the victim fell roughly 150 metres (nearly 500ft) down steep ground, a statement from the rescuers said.

He was airlifted to hospital by an HM Coastguard Helicopter and remained there in a serious condition for the next few days. Luckily, all made a recovery, however it is another example of poor judgement during a global crisis.

Mike Blakey, Operational Lead and Patterdale rescue team-member, said: “I cannot stress enough the message to stay at home during lockdown.This rescue, and the subsequent life-changing injuries incurred by our team member, were avoidable. Rescue team members are volunteers who train extensively to rescue others in the most atrocious weather and in inhospitable places.

“However the risks are always there and the impact of an incident like this is far-reaching across the rescue and emergency services family. On behalf of the casualty’s family I would like to formally thank everyone involved in the rescue of our team member, including the medics and helicopter crew, and the amazing support he has received so far since being admitted to hospital. Of course our priority now is to support him and his family.”

Speaking to reporters at the site, Blakey added that his injured team-member was awake and speaking in hospital. The victim told him he wasn’t sure how he fell but believed he slipped in the poor weather conditions in Cumbria.

Blakey said the rescue team should not have needed to be out that night. “I’m absolutely clear that this was a completely avoidable risk. And I genuinely hope that they are reflecting really hard on the consequences of their decisions.”

The Lake District Search And Mountain Rescue Association said in a statement to media: “No one sets out with the intention of having an accident and our thoughts are also with the original caller who became ill whilst camping on the fells. However the simple truth is that the more people who are out walking on the Lakeland Fells, the higher the chances that our mountain rescue team will be called out.

“Rescues are much more challenging during the coronavirus pandemic, our team members need to operate in PPE, and many of our volunteers also have full time jobs as key workers in the NHS and other essential services. We are very grateful to the many people who have chosen to stay local for exercise during this time, and would encourage everyone to follow the Government guidance that is currently in place.

“It is very clearly a difficult time for the family of the injured team member, and for members of the Patterdale Mountain Rescue Team, and we are asking that their privacy be respected.” 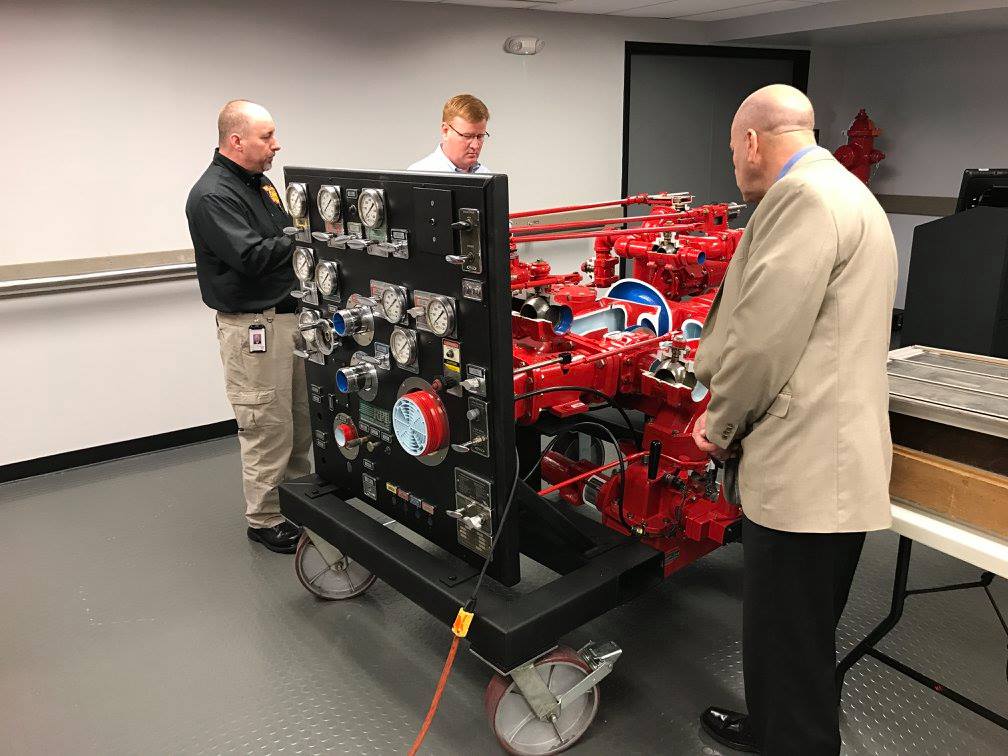 Ask the Expert: Certified and accredited

Fire Buyer talks to Derek Simmons, Certificate Assembly Board of Governor Chairman, IFSAC to find out more about the organisation and the accreditation system The 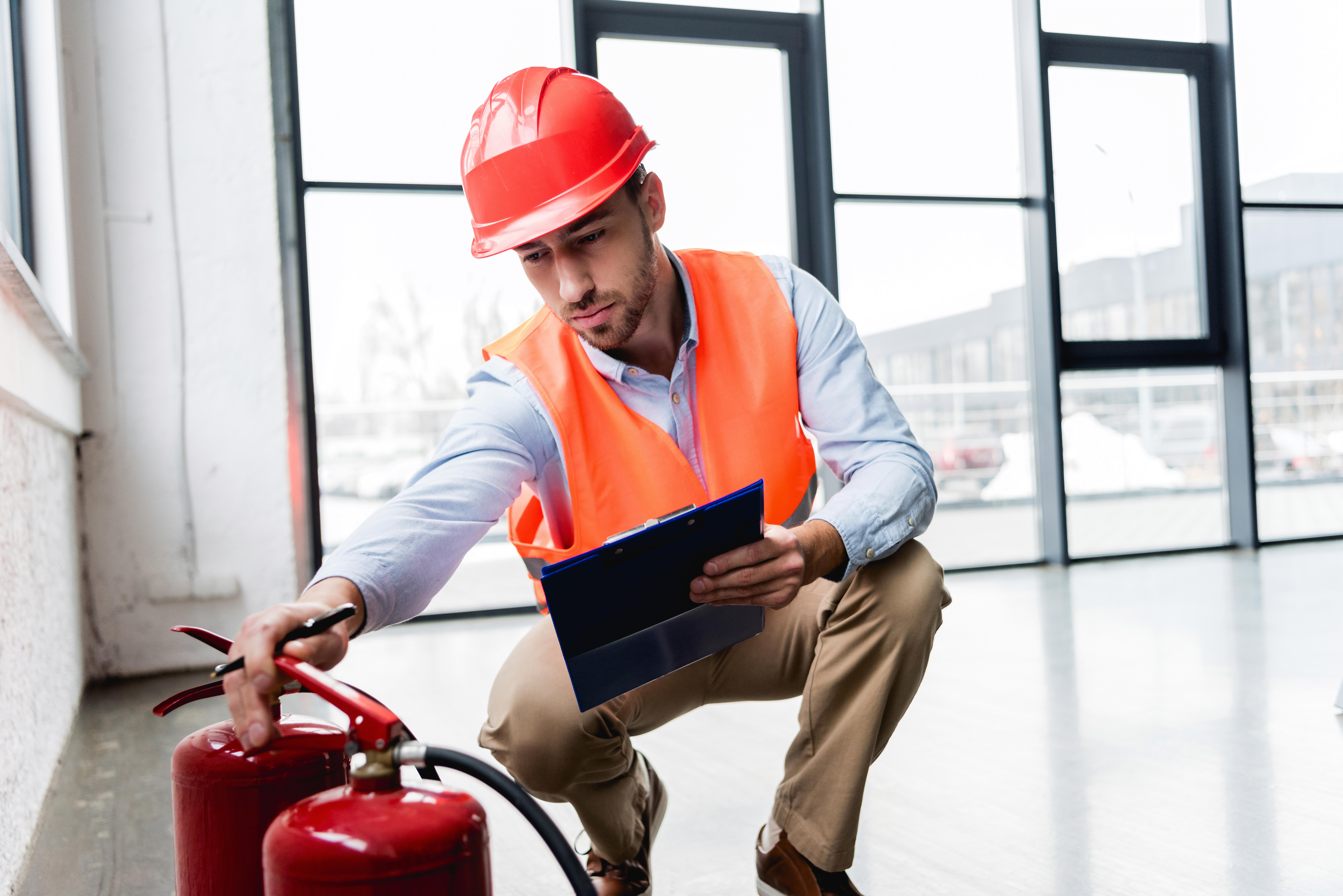 Improving safety through standards Jim Pauley, President and CEO for the National Fire Protection Association (NFPA) discusses the changing world of standards and regulations A 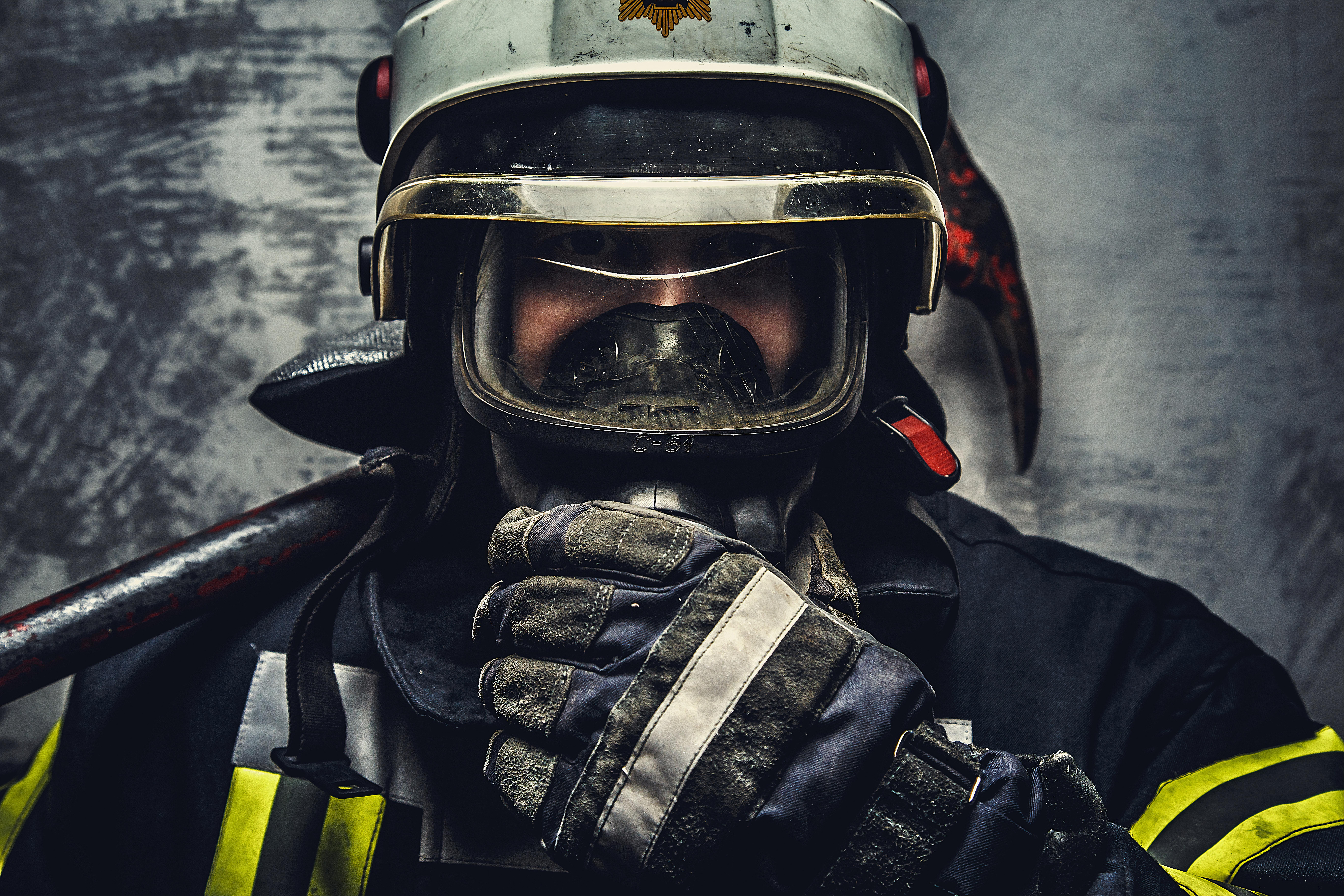 From bucket to ARFF

Reliability in firefighting, the only solution 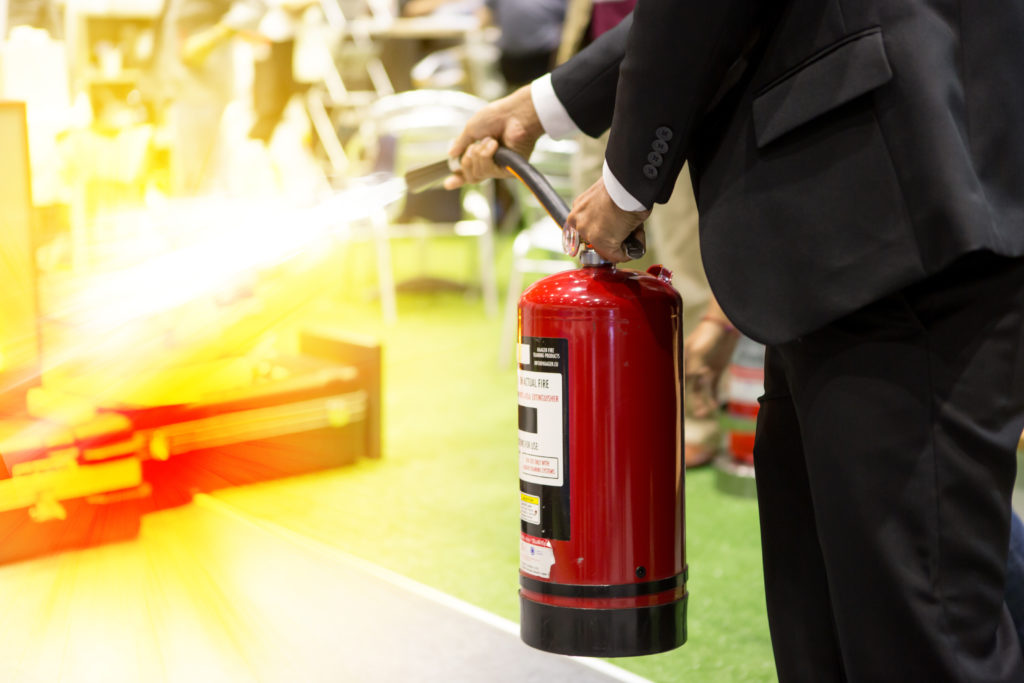 What PFAS are in your fire suppression system?