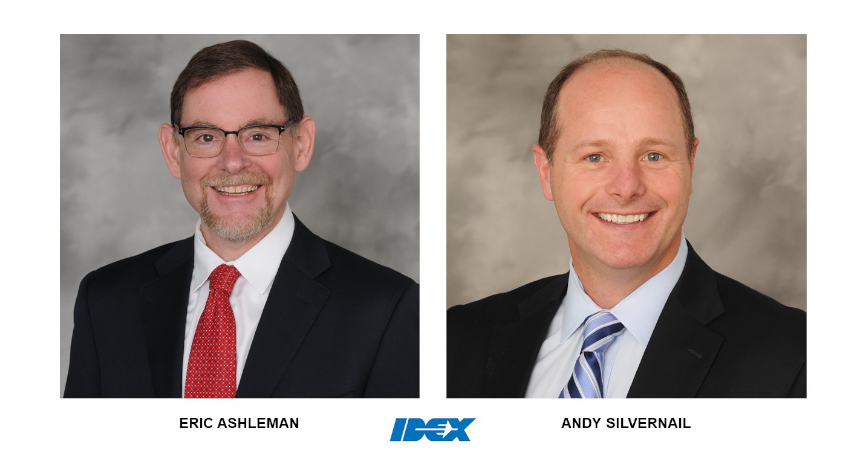 The Company also announced that William M. Cook has been named Non-Executive Chairman of the IDEX Board, effective December 15, 2020. Mr. Cook, who joined the IDEX Board in 2008, currently serves as Lead Independent Director and a Member of the Board’s Audit Committee.

“Eric is an inspiring leader with extensive knowledge of our business, deep insights into our market opportunities and a passion for bringing out the best in our people and delivering innovative solutions to our customers,” said Mr. Cook. “During his nearly 13-year tenure at IDEX, including serving as our COO for the past five years, Eric has played an integral role in developing the IDEX Difference, building our team and delivering excellence for our customers and shareholders.

“Over the last five years, Eric has worked closely with Andy and the entire management team and his promotion to CEO is the natural outgrowth of our Board’s succession planning and leadership development processes. Eric is the ideal choice to build upon IDEX’s track-record of success.”

“I am honoured to be named IDEX’s CEO during this important time in the Company’s history,” said Mr. Ashleman. “Over the last five years, I have had the pleasure to work alongside Andy and learn firsthand what it takes to successfully grow our business.

“While the economic environment remains challenging, IDEX has a strong foundation and remains uniquely advantaged to succeed due to our resilient business model, highly engineered product portfolio, diversified and global end markets and the deep bench of talent that exists throughout the organisation.

“I am very excited to work closely with the Board and management team to drive IDEX toward future growth, continued industry leadership and sustained shareholder value creation.”