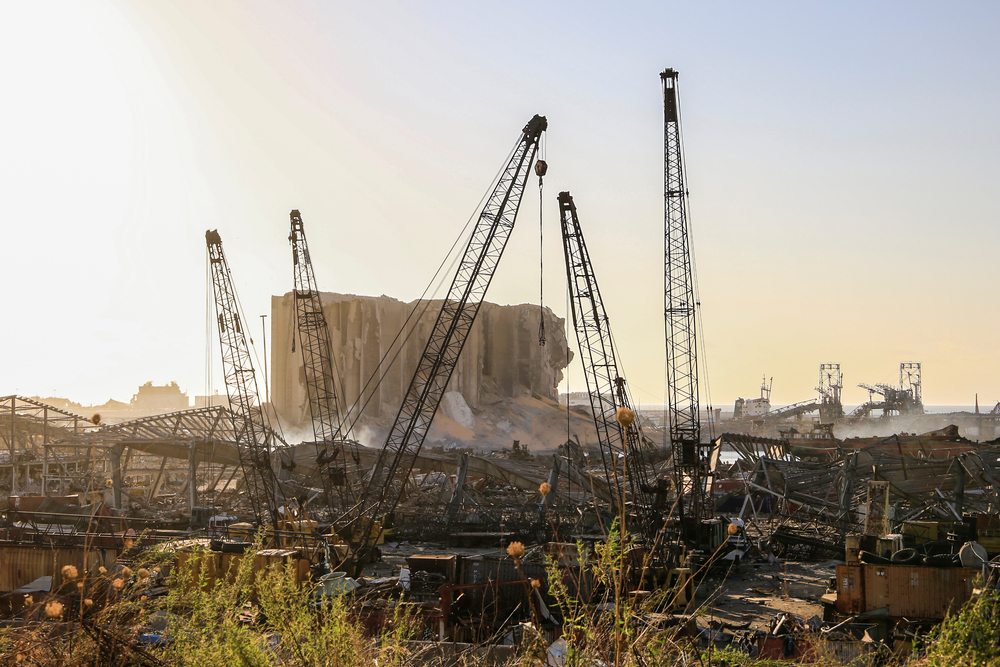 The three hero firefighters desperately trying to force their way into the doomed Beirut warehouse to put out the flames has been named.

Jo Noon, Methal Hawwa and Najib Hitti were part of a 10-person rapid response team. Nine of them are still missing while their female colleague, 25-year-old Sahar Faris, a paramedic specialist, has been confirmed dead. She was buried yesterday in an emotional funeral in her hometown of Qaa.

Ms Faris, who has since been dubbed ‘the bride of Beirut’ on social media, was engaged to be married in June next year. Yesterday, her fiancé, Gilbert Karaan, posted a tribute saying, ‘You’re my life. You burned my heart’.

The three firemen were photographed in an iconic picture putting their lives on the line to prevent the catastrophe. One of them, Najib Hitti, did not even have time to put on his uniform.

They had been dispatched with another colleague, thought to be Ms Faris, from the fire station in La Quarantaine, northeastern Beirut, in an emergency response vehicle and were first on the scene, fire chiefs told MailOnline.

The six other firefighters followed in a fire engine. ‘As the fire service, we have the authority to open any door without the approval of any ministry or military,’ a fire service official, who asked not to be named, said.

‘When the smoke first started gathering, we sent a unit of 10 people. Six were in the fire engine and four in the emergency response car. The three men in the famous photograph were first on the scene trying to unlock the door to Warehouse 12.

‘Following them were the colleagues in the other vehicles. The blast hit all of them. Nine are still missing and one, Sahar Faris, has been found and declared dead. Her family mourned her yesterday. Her fiancé is devastated.’

In a moving online tribute to his fiancée, Mr Karaan wrote in Arabic: ‘We were due to get married on 6th June 2021. You were preparing our house an buying furniture that you liked.

‘You got promoted too fast in your job, from a medic firefighter to a national martyr. Your wedding date will remain the same. Everything you wanted will be there, except me gazing at you in your white gown.

‘You broke my back. You’re my life, you burned my heart. I’ve lost the will to live since you’ve been gone. May whomever took you from me be cursed, may they have their hearts broken.

‘They robbed me of your smile and tenderness. I love you and I will always love you until we meet again and continue our journey together.’