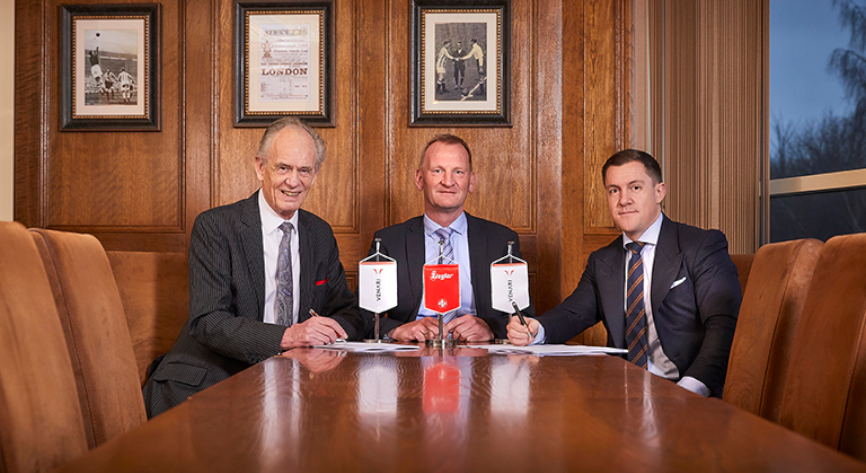 West Yorkshire-based Venari Group has announced a major manufacturing partnership agreement with German firefighting truck and equipment manufacturer; Ziegler Group. The partnership will, for the first time, see Ziegler’s extensive range of world class products built in the UK for the British firefighting and rescue market.

Venari and Ziegler have made the joint statement, which sees job creation for the Brighouse region of West Yorkshire, in what is being hailed by both organisations as “a tailor-made Brexit model”.

Commenting on the partnership, Venari Group CEO, Oliver North, said: “We are absolutely delighted to announce this partnership, which is exciting for all parties involved, including ourselves, Ziegler, the UK firefighting market, and the wider economy.”

Venari Group is the parent company of ambulance manufacturer, O&H Vehicle Technology. Oliver continued: “With Venari having ambitious plans for the emergency vehicle market, we were keen to arrive in the sector with a fundamental increase in technology and innovation from the current firefighting standard. Ziegler’s vehicles have evolved over the past 125 years and are the best I have ever had the pleasure of trialling. To manufacture them in Yorkshire, according to Ziegler’s IP, specifically for the British fire market is fantastic for the region.”

Headquartered in Giengen, Germany, Ziegler is one of the largest firefighting vehicle manufacturers globally. Founded in 1891, Ziegler employs 1,350 staff over seven production sites and has five international sales locations.

René Pol, chief sales officer and member of Ziegler’s board, added: “As a global leader in firefighting technology, it is critically important that we only partner with organisations that share our passion for perfection. After thorough assessment of one of the industry’s most exciting new brands, Venari, we are delighted to have the company as our manufacturing, sales and service partner for the UK fire market.

“We have been searching for a high-quality UK partner for the past seven years to no avail. Now, in Venari, led by Oliver North, we have a business partner that shares our passion for technology, efficiency and reliability and to be able to manufacture here in the UK is the best thing for the British economy.”

Venari will now commence sales, production and service of world leading pumping appliances for municipal fire and rescue services as well as manufacturing Ziegler’s new air crash truck, which is due for launch in early 2020, making Venari Group the only UK manufacturer of that specialist truck type.