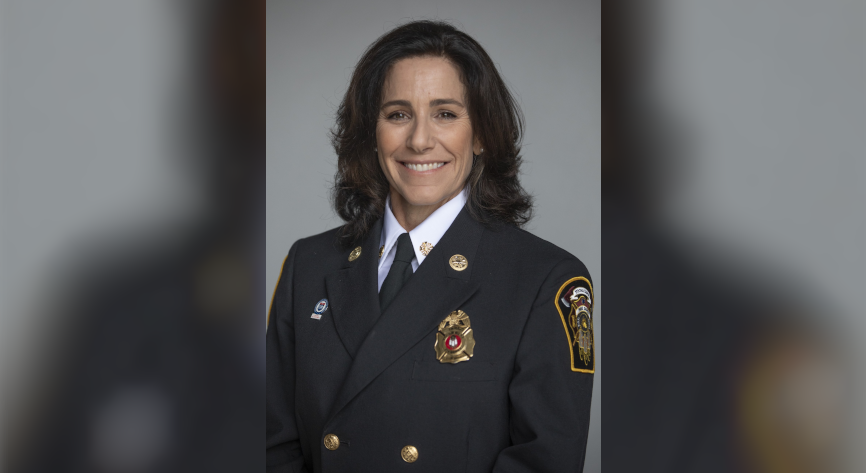 “We are pleased to have Chief Ramirez join as the next leader of our Yocha Dehe Fire Department,” said Yocha Dehe Tribal Chairman Anthony Roberts. “Our team has known Chief Ramirez for many years as an effective partner in firefighting in our region. Her depth of experience and exemplary career made her stand out as the right choice as YDFD’s new chief.”

Ms. Ramirez was, until recently, the Fire Chief of the City of Woodland and has nearly three decades in the fire service. She began her career as a volunteer for the California Department of Forestry San Bernardino in 1991 while pursuing her education at Crafton Hills College. She joined the City of West Sacramento Fire Department as its first female firefighter in 1993 and attended the Sacramento Regional Fire Academy. Over 24 years with West Sacramento Fire, she worked her way up from Firefighter to Engineer, Captain, Battalion Chief, Division Chief and, finally, Deputy Chief. In 2017, she became Fire Chief in Woodland.

“The Yocha Dehe firefighters are a dedicated group of professionals with a strong commitment to the people they serve and to one another,” said Chief Ramirez. “I am both privileged and honored to lead them and to serve under the progressive leadership of the Yocha Dehe Tribal Council.”

“We’re thrilled to welcome Rebecca Ramirez as our new Fire Chief. She brings the department years of invaluable experience in fire safety and exceptional energy,” said James Kinter, Yocha Dehe Tribal Secretary and Chair of the Fire Commission. “With her coming aboard, we’re certainly excited for this new chapter for the Yocha Dehe Fire Department.”