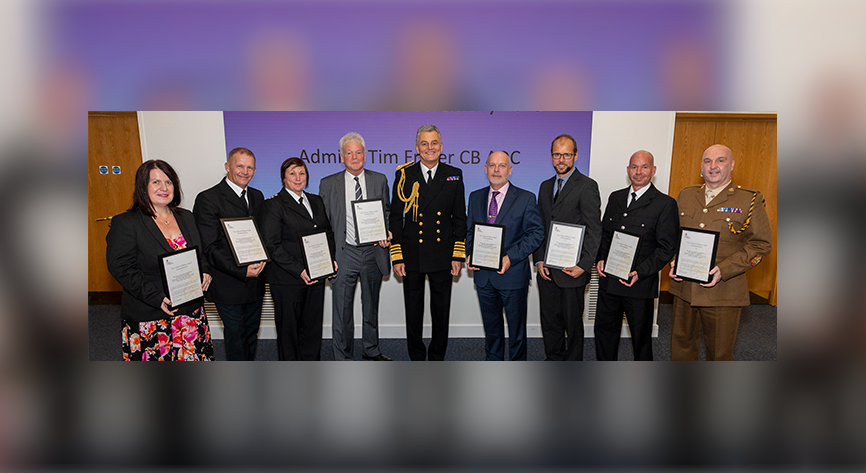 Staff from Devon and Somerset Fire and Rescue Service (DSFRS) have been awarded a prestigious military commendation for their services to the military by helping to create a bespoke road safety initiative: ‘Survive the Drive’, aimed at reducing road traffic collisions within the Armed Forces, Royal Navy, RAF and Marines.

The awards were made by Admiral Tim Fraser CB ADC at a ceremony at the Ministry of Defence Main Building in Whitehall at the end of October.

The team designed and produced a high quality and thought-provoking training programme, Survive the Drive delivered across military bases in the south west with the aim to reduce incidents of road traffic collisions within the armed services, who are statistically more at risk of a road traffic collision (RTC) than their civilian counterparts.

“Survive the Drive, builds on the strong partnership network between defence and the Fire and Rescue Services” said Laura Pratt, Station Manager at Devon and Somerset Fire and Rescue Service. “We are delighted to receive this commendation and to have played a part in creating this valuable addition to road safety initiatives”.