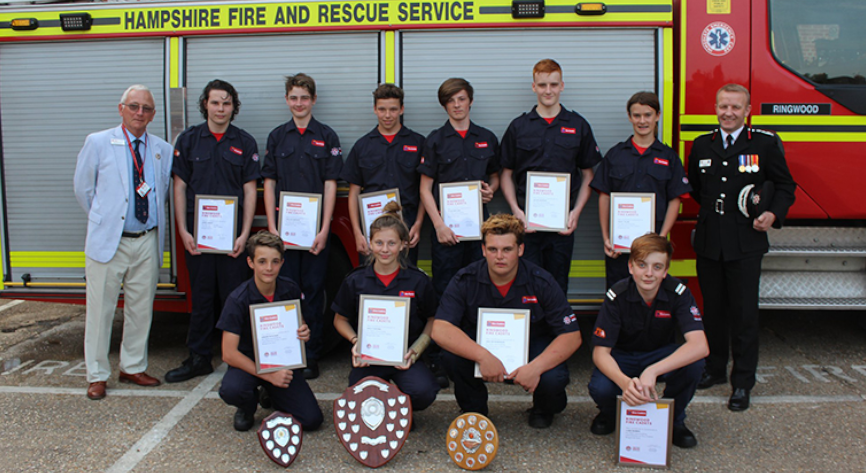 Fire cadets come to Eastleigh and Gosport in Hampshire, England

Hampshire fire stations have rolled up their shutter doors to welcome a new batch of Fire Cadet recruits.

Two new fire cadet units have been launched in Hampshire to give young people the opportunity to gain essential social, life, work and wellbeing skills.

The programme runs one evening a week during term-time. Having just launched prior to the summer school break, cadets and volunteers were given the time to bond before their programme fully began in September.

This is just the start for the CYP team who aim to open seven units across the county by 2021, offering more than 100 young people the opportunity to complete the programme.

“Our volunteer instructors will deliver the national cadet programme, which gives 13-17 year olds the opportunity to develop their leadership, communication, firefighting and first aid skills.

“Supported by stations and the success of our Ringwood unit, the cadets will be able to use social action to make a real difference in their community.”

Cadet Watch Manager, Emily joined cadets when she realised her brother was having all the fun!

Emily said: “At cadets we do lots of ladder, hose and breathing apparatus drills. Some of the equipment is just for us because it needs to be slightly smaller, but where possible we use the real station equipment.

“It’s really exciting to be using Ringwood’s fire engine in training then hear the bells go down and the retained crew dash in to take the fire engine out we were just practicing with. You don’t get more of a realistic experience than that.”