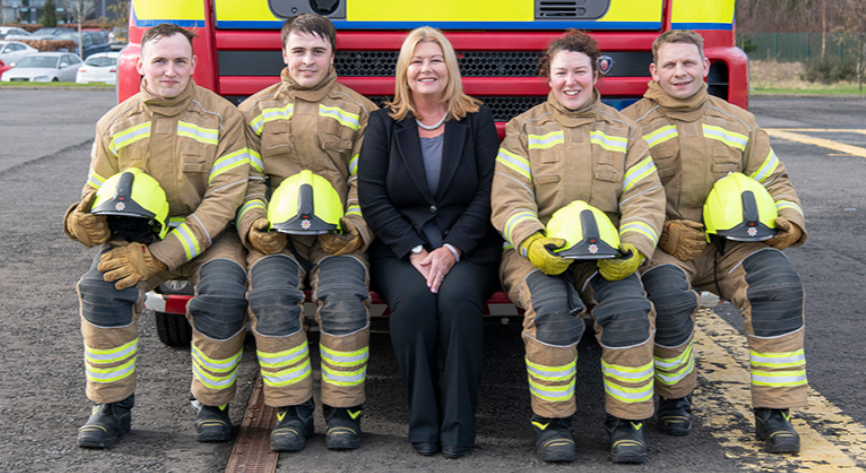 The Scottish Fire and Rescue Service has welcomed double the number of firefighter applications from women, ethnic minorities and the LGBTQ+ community compared to previous years, latest figures reveal.

The Service launched a wholetime firefighter recruitment campaign in April which saw the overall number of applicants rise by almost 25% – from 4,373 previously to a total of 6,075.

And this included 771 applications from women compared to just 360 previously.

As a result, almost a quarter of the 84 new firefighters who began their exhaustive 14-week training course last month are female.

The applications were shortlisted “blindly” by hand – meaning no identifying data was made available such as names, gender, age, ethnicity or sexuality.

The Scottish Fire and Rescue Service’s Director of Human Resources and Organisational Development, Liz Barnes congratulated all of the success recruits.

She said: “We received a very high volume of applications and we were clear from the outset that there were no quotas here and that no one had any advantage.

“It was vital that applicants hit a very high standard for their applications to be accepted. Those who were successful should be thoroughly proud of themselves.

“We also encouraged under-represented groups to apply and the figures show that we have taken another step forward as an organisation in reflecting the very rich and diverse communities we serve.”

She added: “Our process is designed to ensure a level playing field from the outset.

“Our standards have never changed, and they are high – but if you have what it takes, then we will help you get there.”