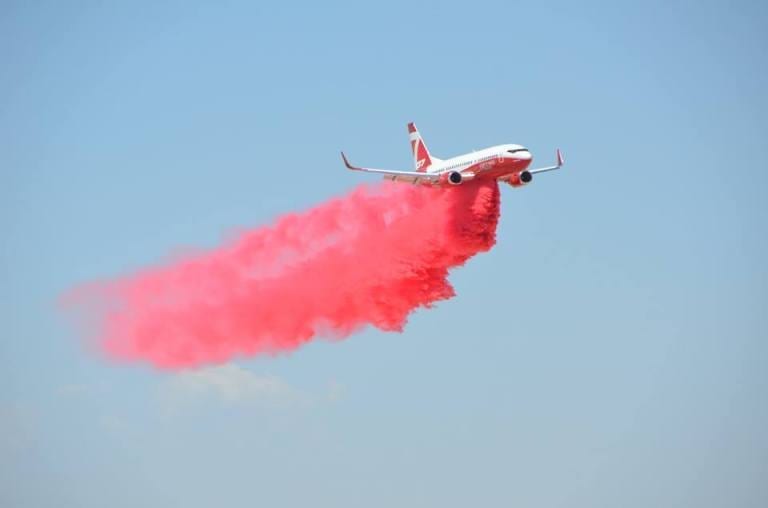 New South Wales has signed a contract with United States-based Coulson Aviation to purchase three aircraft for firebombing duties, including a modified Boeing 737 large air tanker. In addition to the modified 737, the contract announced by NSW Minister for Police and Emergency Services David Elliott on May 15 also included two Citation V lead/intelligence aircraft.
The Minister’s statement noted the modified 737 would give the state year-round access to a large air tanker, given an increasing number of winter bushfires in recent times. “Last fire season there were more fires during winter than across the summer months,” Elliott said. “The NSW Government is committed to ensuring our firefighters have the tools they need year-round to help protect lives and property.”
Coulson Aviation said in a statement the 737 Fireliner, which was certified by the United States Federal Aviation Administration (FAA) in as an air tanker and passenger transport in 2018, was the largest ever air tanker ever purchased by a country.
“When we started the B737 Fireliner program we set out to create a new generation of air tanker,” Coulson Vice President of aviation Britton Coulson said in a statement. “The goal was to utilize the latest SMART technology in our tanking system and create a multi-use firefighting aircraft that would create the best value for our customers.”
Coulson Aviation said it would provide all flight and maintenance personnel for the three aircraft under a 10-year operational contract. “With this contract now in place, Coulson Aviation PTY will establish a year-round operation in NSW to support its contracts at the RAAF base in Richmond where the B737 Fireliner will be pre-positioned to support the RFS this coming July.”
The company supported the NSW Rural Fire Service with its 737 Fireliner during the 2018/19 summer fire season and has operated a C-130 Hercules for firefighting duties in Australia in previous years.