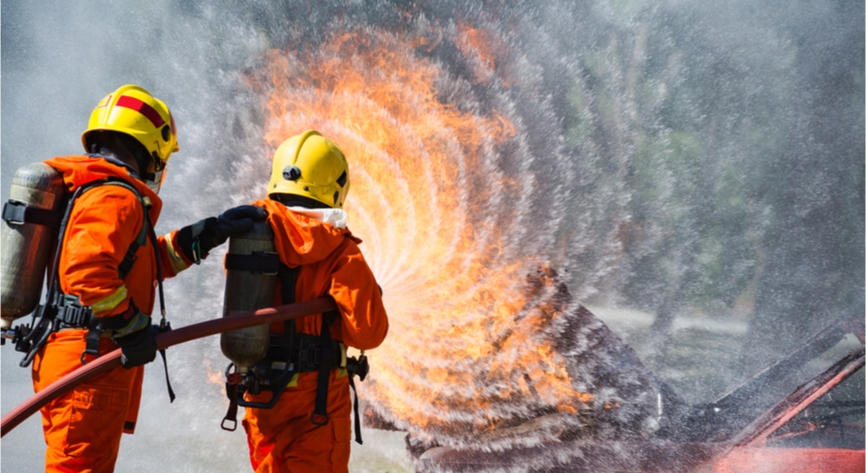 A specialist team has joined the Firexo revolution to bring the life-saving firefighting liquid to markets across the globe.
As the only solution able to extinguish all classes of fire (A, B, C, D, F and Electrical) on the market, the team bring their passion for the product to Firexo, truly believing in its life-saving capability. Not only can Firexo put out any type of fire but it can do so in a fraction of the time compared to existing firefighting methods.
Heading up the team is Nicki Stewart, who has been appointed as Sales Director. Previously Head of Commercial Sales UK and Ireland at ADT Fire and Security and boasting more than 15 years of industry experience, Nicki has called upon her vast professional skills to build the Firexo sales team. As an inspirational leader, Nicki is enthusiastic about reducing injury, loss or death by fire and believes Firexo is the way to do that.
Nicki said, “Firexo has the ability to dramatically reduce the number of injuries, lost businesses, devastated homes and ultimately lives that are lost due to fires all over the world. With a strong team behind the product, I believe that we have the capacity to help Firexo revolutionise the entire market.
“The world needs Firexo. There has been little innovation in the firefighting industry for 50 years, but here it is now. We firmly believe that nearly every country across the globe will want Firexo, and that’s why we have assembled such a great team to manage the movement Firexo will make.”
Mike Scaife joined the Firexo team as the Northern Regional Sales Manager, having spent the last five years at ADT Fire & Security as Commercial Sales Manager. Peter Cadman, who is heading up the sales team in the southern region, also brings years of fire experience from both a service and sales perspective, having worked with brands such as Chubb and Kidde. Without exception all came to Firexo seeing it as a game-changer in the firefighting industry.
The Firexo team also consists of carefully selected business development managers, covering all four corners of the UK. Gareth Harrison, Karl Shatford, Carole Holmes, Andrew Wyllie, Rick Young, Tony O’Connor, Bobby Bagri, Catherine White, Steve Scott, Bob Cross, Charles Stallard and Gav Thandi will make up the business development team, having worked with major players such as ADT, Chubb Fire, Lyreco, Sky, Ovo, Compco Fire Systems and more.
With new recruits from a variety of backgrounds and a wealth of experience in fire safety and security, as well as vast commercial knowledge, the Firexo team is well equipped to take this ground-breaking firefighting solution global.
Firexo