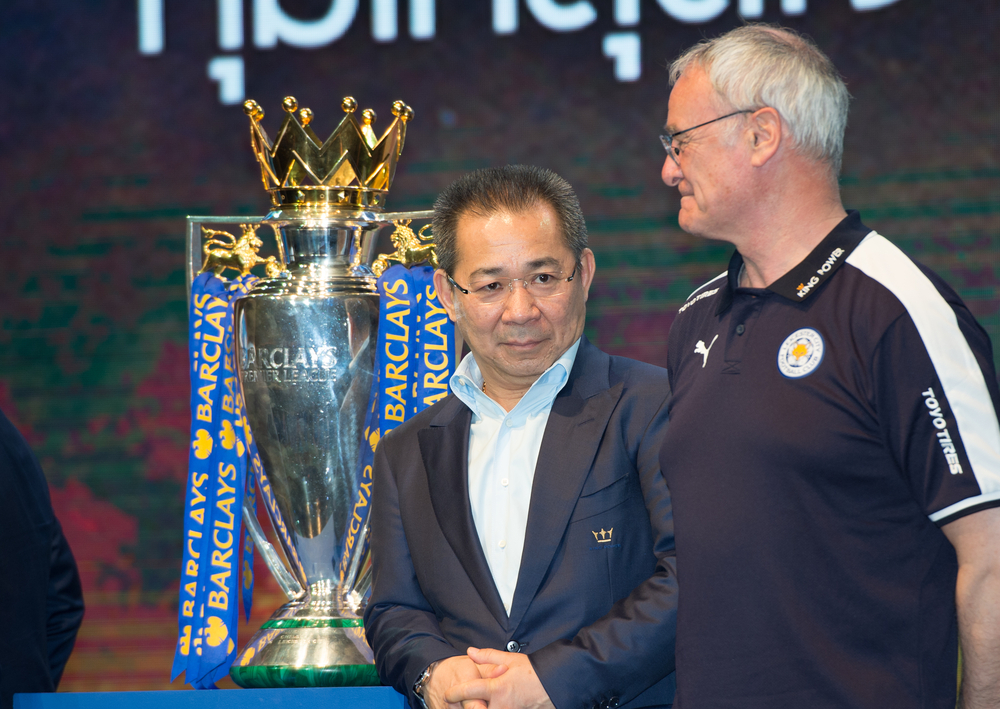 Vichai Srivaddhanaprabha, the billionaire owner of Leicester City FC was among five people killed when his helicopter crashed shortly after take off outside the club’s stadium on Saturday 27th October.
Srivaddhanaprabha regularly left matches in his Augusta AW69 helicopter but eyewitness reports indicate the aircraft only just cleared the stadium roof on Saturday night before spiralling down to earth and erupting into flames on impact.
Emergency services arrived on the scene to tackle the fire and search the wreckage with Leicestershire police cordoning off the area.
The other four passengers on board were Nursara Suknamai and Kaveporn Punpare, both members of Srivaddhanaprabha’s staff, pilot Eric Swaffer and passenger Izabela Roza Lechowicz.
The club released a statement after the tragic crash saying: “It is with the deepest regret and a collective broken heart that we confirm our chairman, Vichai Srivaddhanaprabha, was among those to have tragically lost their lives on Saturday evening when a helicopter carrying him and four other people crashed outside King Power Stadium. None of the five people on-board survived.
“The primary thoughts of everyone at the club are with the Srivaddhanaprabha family and the families of all those on-board at this time of unspeakable loss. In Khun Vichai the world has lost a great man. A man of kindness, of generosity and a man whose life was defined by the love he devoted to his family and those he so successfully led. Leicester City was a family under his leadership. It is as a family that we will grieve his passing and maintain the pursuit of a vision for the club that is now his legacy.”