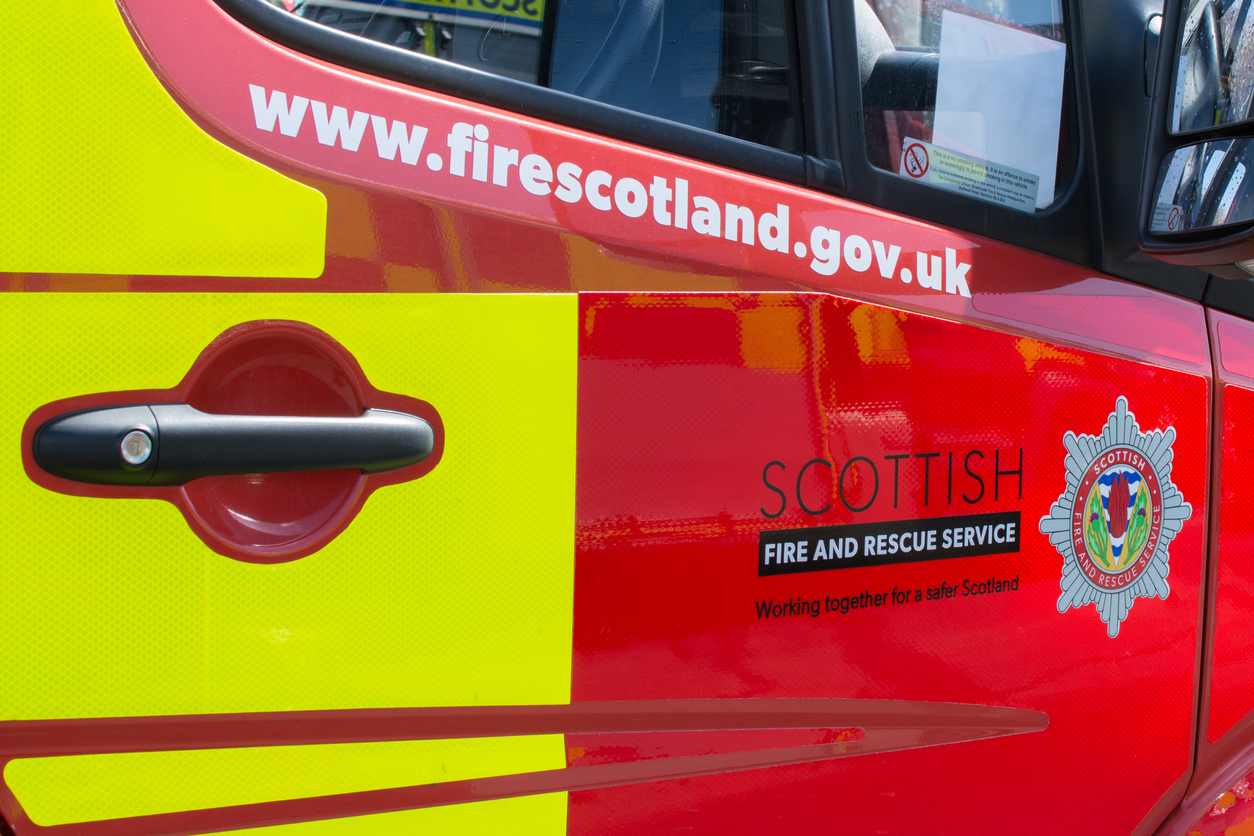 A number of residents were forced to evacuate their homes after a fire took hold of a garage in Lanarkshire, Scotland, with both fire crews and police turning up at the scene on New Street, Stonehouse at 03:45 on the 2nd January 2018.
Those who were living in close proximity to the scene had to be moved on precautionary grounds, due to concerns over gas bottles which were inside the building.
No casualties were reported following the incident, but the fire was at the level that firefighters had to use an aerial rescue pump in order to get the blaze under control.
Currently, inquiries as to what started the fire are ongoing, however Police Scotland stated that people were now allowed to return to their homes.
Speaking on social media, local councillor Margaret Cooper did her best to alert people to the blaze, while also confirming no-one was hurt.
“The police have been in contact with me early this morning to share that there has been a large fire in New Street in Stonehouse,” Cooper said.
“There were concerns about gas bottles in the premises. Residents have been temporarily evacuated for their safety. There are road closures currently in place in that area. No one has been injured.”
Meanwhile, a spokesperson for the Scottish Fire and Rescue Service went into the fine details a bit more.
“We were alerted at 3.46am on Tuesday, 2 January to reports of a fire that had taken hold within a car garage,” the spokesperson said.
“Operations Control immediately mobilised two appliances and an aerial rescue pump to New Street, Stonehouse, and firefighters used powerful water jets to tackle the flames.
“There are no casualties. The Scottish Fire and Rescue Service remains in attendance.”