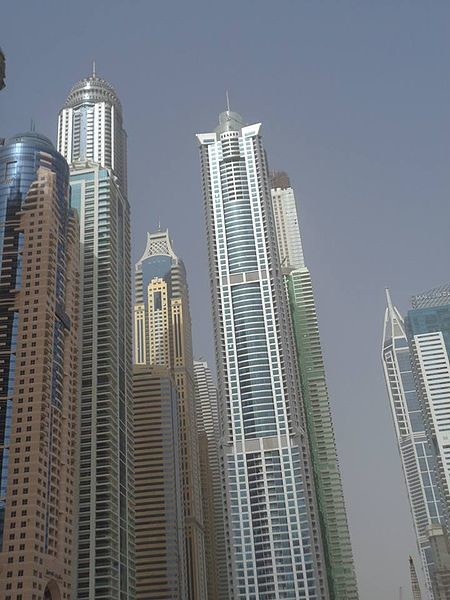 Dubai’s residential 79-storey skyscraper, the Torch Tower, was subjected to a huge fire on the 3rd August – which is the second fire on a large scale the building has suffered in the last two years.
Civil defence workers in the United Arab Emirates city managed to successfully evacuate the building and the fire was swiftly brought under control, which is an incredible achievement given the scale of the blaze.
At time of writing, it’s unclear as to what caused the blaze at what is one of the tallest buildings in the world, but the main reason as to why it spread is down to external cladding.
One of the key reasons for there being no fatalities was due to the construction and design of the buildings, which enabled firefighters to fight the blaze successfully while residents could escape via safety zones, which had no fire or smoke.
Back in 2015, a blaze at the building saw hundreds of people evacuated from the Torch Tower, and thankfully, there were no casualties.